Former captain Rameez Raja has turned down an offer from the Pakistan Cricket Board (PCB) to work as chief operating officer. 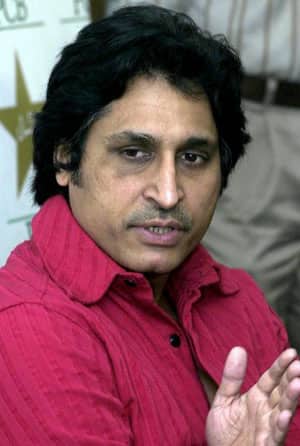 Former captain Rameez Raja has turned down an offer from the Pakistan Cricket Board (PCB) to work as chief operating officer.

“Rameez politely thanked the chairman for his offer and turned it down saying he does not have the time due to his prior commitments as a commentator and expert in the next few months,” a reliable source in the PCB said.

“Rameez, however, has given his own blueprint to the new chairman on how to improve the Pakistan cricket structure and functioning of the board.

“He wants the chairman to immediately appoint a cricket committee made up of former greats who can submit a list of things that need to be done to improve things in the Pakistan cricket set-up,” the source said.

Rameez, after retiring from cricket, stepped into the media world becoming a respected commentator, expert and host in Pakistan and abroad. He is presently working as a commentator in the ongoing Pakistan-Sri Lanka series.

He has also worked before as the chief executive of the board in 2003-2004 when Tauqir Zia and Sharharyar Khan were heading the PCB. (PTI)