It's been a year since Smith announced his engagement to Lanfranchi. Now, the big day has finally arrived.

2 November was an incredible day!!

Smith tweeted a picture from his wedding on Twitter. “2 November was an incredible day!! #wedding #love #beloftebos #family #friends #blendedfamily #Celebrations,” he wrote.

Incidentally, Smith got married on the same day as the World Cup Rugby final which South Africa won. He had shared a picture of him and Romy embraced in a hug. He captioned it “3 sleeps”, with a ring and a heart emoji. Romi too replied on the post. “Can’t wait, my love,” she said.

In 2016, Romy told the media she was completely bowled out when she first met Graeme because he’s so down-to-earth. “He’s a stable person and we have the same values and interests,” Romy said.

What a night, what a group of women, I am one lucky girl to share this life with y’all. Thank you thank you! And thank you @caroline_currie @candice.poole.act for putting on a spectacular show, @abidales for all the fantastic photos and @laurensearll for hosting in your magnificent home, as always the hostess with the mostest ?

The couple, who’ve been together since 2016, have a two-year-old son, Sebastien. 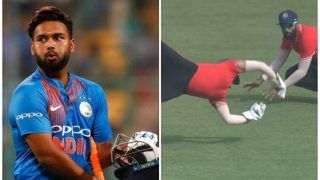 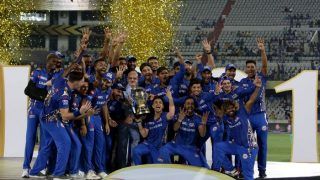