In what has come as a bizarre news, 4-year-old Shayan Jamal from Delhi has been selected in his school s Under-12 cricket team. Yes, you heard it right, a 4-year-old kid has made to the Under-12 cricket team of his school. Shayan is touted to have a strong defensive technique which has bene the forefront factor which has lead to his selection in the team. Having made it to such a level of cricket format the child has already been termed as a prodigy for his achievement in such a tender age of his life.

It is very common that some kids right from their early age display their interest in cricket and are seen trying to mimic their favourite player’s style of batting and bowling. But for Shayan, the story has been completely different given the tender age that he is right now. According to the reports, Shayan s father Arshad Jamal has been training with his little master since the age of three and his father himself has been a former club level cricket who is currently an owner of a small-scale business in Delhi. But now the proud father has made it his focus of making sure that his child s cricketing skills excel beyond comparison right from the early age.

Shayan s cricketing sense is strong and he is hungry to play cricket. If I give him a break for a day or two, he begins to pester me, asking me why aren t we going to the nets! His game is natural. I am just trying to mould him, says the proud father. It still remains to be seen how well young Shayan will be when he comes out to bat for his school in the competition, but for now he has certainly made the headlines. 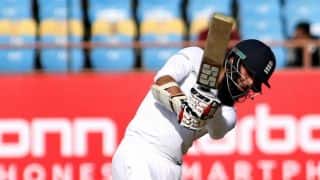