Former India captain Sourav Ganguly has praised the Indian cricket team for the manner of their comeback in Trent Bridge as they cut down England’s lead to 1-2 in the ongoing five-Test series. What stood out, according to Ganguly, was the mental makeup of Virat Kohli and company as they surprised England at a venue which is considered to be their stronghold.

After suffering consecutive defeats in the opening two Tests, India have pulled one back and will be aiming to draw level with the fourth Test beginning from today in Southampton.

Even though the momentum is with Kohli’s India, Ganguly has cautioned the visitors against overdoing it. The fourth Test will not only be a battle between bat and ball but there will be a bigger mental battle,” Ganguly wrote in his column for The Times of India on Thursday. “India, with Kohli leading the way, have stepped away from the edge of a series loss and they will be obviously buoyant but at the same time shouldn’t over do it.”

Ganguly, who now divides his time between cricket administration and being a commentator, feels India have put England under pressure following their 203-run win.

“India staged a forceful and decisive comeback at Trent Bridge which has opened up the series and the pressure is fully back on England. It was India’s mindset which stood out as they confronted England and caught [Joe] Root and company unaware,” he observed.

India have lost the toss on all three occasions in the series so far. Ganguly felt that even though batting first during the third Test worked in their favour, Kohli should keep an open mind at the toss.

“It was a blessing for India that they lost the toss [Trent Bridge] and England put them in and Virat Kohli should keep this in mind. Twice during the series I felt he came with a mindset to field first,” the 46-year-old added.

The Indian pace battery has been drawing praises from all around. It was their combined effort, led by the returning Jasprit Bumrah, that helped India keep the series alive.

“Trent Bridge was supposed to have been a happy hunting ground for Anderson and Broad but it was the other way around. The way Bumrah, [Hardik] Pandya and Ishant [Sharma] bowled, it was indeed a treat for the connoisseurs of fast bowling. The length was outstanding as they pitched the ball up all the time. Bumrah is such a great addition to the side, continuing to show that if you can bring the ball back in to the right-hander, you will always be a threat,” he wrote.

Indian batting is heavily reliant on captain Kohli, especially when it comes to overseas Tests. However, at Trent Bridge, they showed some grit and Kohli received a solid support from them as they 329 and 352/7d in the two innings.

“The Indian batting, which is their biggest strength, finally came to the party and [Shikhar] Dhawan, [KL] Rahul, [Cheteshwar] Pujara, and [Ajinkya] Rahane showed their mettle. For Dhawan, the knock in Trent Bridge should be a huge boost for him when he plays Tests away.

“The openers laid the foundation by putting on 50-plus in both the innings. They survived the new ball, didn’t let the English bowlers make early inroads, put runs on the board and sent a message to the dressing-room that if you want to, you can stay put,” Ganguly wrote. 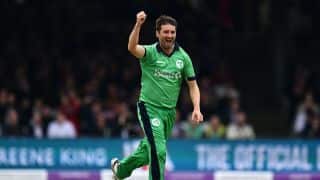 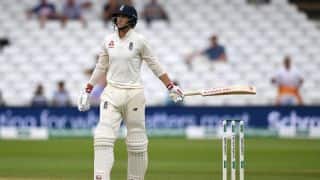