FICA conducted a survey of all the 22 players invloved in the first-ever day-night Test and came across claims that it is the ball that needs refinement.

Although the just-concluded day-night Test cricket between Australia and New Zealand drew considerable amount of crowd and prasie from most of the experts, it’s the most of the players who have also raised concerns regarding the durability of the pink ball used for the Test and claim that it needs to be more refined before it is applied on a full-fledged basis. The Federation of International Cricketers Associations (FICA) conducted a survey of all the 22 players invloved in the first-ever day-night Test and came across claims that it is the ball that needs refinement more than the format, reports espncricinfo. Full Scorecard: Australia vs New Zealand 2015, 3rd Test at Adelaide

FICA executive chairman, Tony Irish said, “As representative body of players from seven of the 10 Test-playing nations, FICA commends the players for their adaptability with a significant change to the game. We also recognise the amount of work that went into this game. FICA is supportive of the innovations that can improve the spectacle and spectator interest, whilst maintaining the essence of the sport.”

“It is important to note however, that the change from the red to pink ball is significant. The players still have concerns around the ball itself, and one must take into account that the Adelaide Oval conditions were tailored to suit the pink ball and help it last. This led to results that were uncharacteristic for an Adelaide Test Match. Furthermore, questions also remain as to the suitability of day-night Test matches in other parts of the world, where conditions are not as favourable as in Adelaide,” he added.

However, Irish defended the day-night Test at Adelaide between Australia and New Zealand, claiming that it was a step in the right direction for the future of the format and to keep the game healthy. “It was good to see so many fans at the Adelaide Test Match and it was successful as an event, however, the pink ball experiment must be part of a bigger picture, and it alone is not the answer to making Test cricket the best it can be. Adelaide has historically been a well-supported Test match, and a social event,” he said.

“Players enjoy playing in front of big crowds, and it was a terrific atmosphere. What we saw in Adelaide is one aspect of a significant amount of work that needs to go into making the entire game compelling for spectators, players, and commercial partners. The structure of bilateral cricket, and of the game itself need to be addressed globally. In trialling day-night Test matches, we are essentially adding another new format to the international cricket structure which already lacks clear and common direction as to the best interplay between formats, and the best way for players to balance the growing conflict in club versus country commitments,” he added.

“We know players’ value playing for their countries, and playing in events that have meaning and context. We also know how much they value the essence of Test cricket. With the advent of domestic T20 tournaments around the world, there is also now a growing alternative market to international cricket for the worlds best players. The game must address its structure as a whole, and the players should be an integral part of planning and improving it in its entirety moving forward. Cricket will be in the best position to grow if players are properly embraced as partners in the game,” he concluded. 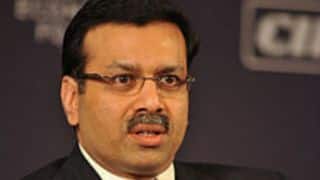 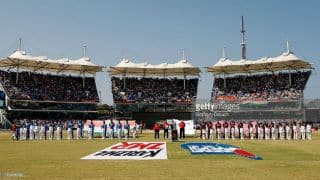