The BCCI has hosted women's IPL exhibition matches in the last two years but has said a full-fledged tournament will take some time to take shape.

Young India batswoman Jemimah Rodrigues believes a full-fledged women’s Indian Premier League (IPL) can make a difference by unearthing talent such as Shafali Verma which would help the national team do well at the global level. Countries such as Australia and England organised T20 tournaments for women to develop the game and the 19-year-old Rodrigues believes the same will happen in India if there’s a women’s IPL.

“If you see the Big Bash and the Kia Super League have developed the game out there so much for Australia, England and now even New Zealand has started. That’s (IPL) definitely going to develop the game and it’s also going to get newer talent,” Rodrigues said on ICC’s ‘100% Cricket’.

She cited the example of the 16-year-old Shafali, who shone at the ICC Women’s T20 World Cup with her explosive batting, as one of the finds of the IPL.

“We came to know about Shafali Verma through the IPL, she did so well in the IPL. We knew she could do well in the domestic circuit but after that playing against international players and being that fearless person we can get many more talents rising up playing such matches,” she said.

Rodrigues feels playing in the IPL will not only help develop the game in the country but also bolster the Indian team’s bench strength.

“Definitely it is going to develop the game so much and also give a lot of bench strength to India.”

The BCCI has hosted women’s IPL exhibition matches in the last two years but has said a full-fledged tournament will take some time to take shape.

The Board had decided to organise a four-team women’s T20 challenge to run parallel to the men’s IPL playoffs with a total of seven matches to be played.

Acknowledging the BCCI’s efforts to expand the women’s IPL, Rodrigues said the tournament was a great learning experience for the Indian players who got the opportunity to rub shoulders with veterans of the game.

“Playing matches in front of a crowd its a different experience, that’s what’s going to help us play international cricket alongside the experience we are going to get sharing the dressing room with Sophie Devine, Meg Lanning, we ourselves will get to learn so much.

“It will be great to have a women’s IPL, the BCCI are on it, and hopefully soon we will be having a proper women’s IPL,” she added.

She also backed the idea of increasing the maximum number of overs for bowlers in a match.

“It makes a lot of difference you can go in with five bowlers in the side relying on that one of them will get an extra over. If anyone fails you can add up even to your batting order.

“I think it makes a lot of difference specially at crucial moments . When a bowler can win the match for you there is nothing like it. I believe bowlers win matches for us,” she added. 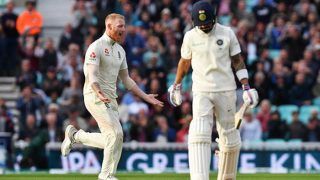