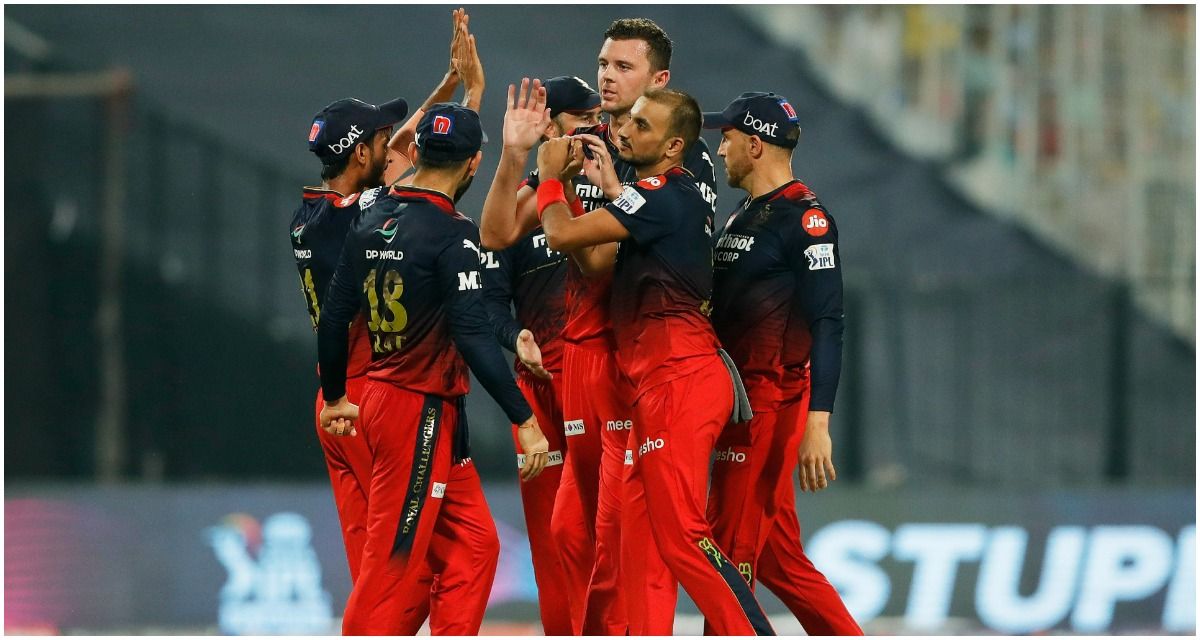 Kolkata, May 25: Little-known domestic bulwark Rajat Patidar literally owned the biggest stage of his nascent career with a magnificent hundred that got Royal Challengers Bangalore within a sniffing distance of title clash after out-batting Lucknow Super Giants by 14 runs in the IPL Eliminator on Wednesday.

RCB will meet Rajasthan Royals in the second Qualifier on Friday, which will decide Gujarat Titans’ opposition for Sunday’s final.

Courtesy Patidar’s 54-ball-112 not out which had 12 fours and seven huge sixes, RCB literally knocked the stuffing out of LSG attack, piling an imposing 207 for 4 in 20 overs.

For LSG, the only saving grace was Mohsin Khan’s superb figures of 1 for 25.

In reply, KL Rahul’s 78 off 59 balls didn’t make much of an impact save beefing his individual run-tally as LSG finished on 193 for 6 after 20 overs.

If Patidar’s hundred set it up nicely for RCB, no words of praise will be enough for the brilliant Harshal Patel (4-0-25-1), whose 18th over full of wide yorkers and off-cutter variations decisively tilted the match in his team’s favour.

Once Josh Hazlewood removed Rahul in the 19th over, RCB team in spirit had already boarded the flight to Ahmedabad.

While Rahul helped himself to three fours and five sixes but his 96-run stand with Deepak Hooda (45) did keep LSG in the fight a total of six boundaries compared to 14 sixes told a different story.

Especially when RCB hit 21 fours apart from the nine maximums they had in their innings.

There was a phase when Rahul’s batting seemed a tad selfish and it felt as if he was happy as long as he got his 600 runs for the season.

On a day their famed batting duo trio of Faf du Plessis (0), Glenn Maxwell (9) and Virat Kohli (25) failed to enthrall a capacity Eden crowd, RCB’s No, 3 played out of his skin as 90 runs came in fours and sixes off just 19 balls.

While most of the star-studded RCB batters struggled for timing, the 28-year-old looked effortless with his slices, punches, counter-punches and drives to tower over the rest.

And to make Patidar’s story more interesting, he went unsold at the auction this season and joined the team as replacement after start when a player called Luvnith Sisodia was injured.

Had Sisodia been alright, RCB wouldn’t have required services of Patidar, who made 65,000 at Eden Gardens stand on their feet.

He along with Dinesh Karthik (37 not out from 23 balls) put on a match-turning unbroken partnership of 92 runs from 41 balls as RCB scored 84 runs in the last five overs to prop up the total.

First, he showed the glimpses of his stroke-making skills to slam Krunal Pandya for three boundaries and one six inside the power-play to overshadow Kohli in a 66-run partnership from 46 balls.

Having cruised to his half-century in 28 balls, he took another 21 balls to reach his maiden hundred in T20s.

He got to the landmark pulling Mohsin Khan over square leg with a sweet-timing of the bat that summed up his effortless stay at the crease.

RCB lost three key wickets of a well-set Kohli, Maxwell and Mahipal Lomror in the middle overs to see their run-rate drop.

In-form Dinesh Karthik, who has played the role of a finisher to perfection for RCB this season, also survived some anxious moments against Ravi Bishnoi to start with.

But Patidar turned it around in the last over Bishnoi when he smacked the ‘googly-man’ for three sixes and two fours in succession in an over that read 1 6 4 6 4 6.

A sloppy LSG also helped his cause as Patidar, who got reprieves on 59, 72 and 93. After a 40-minute delayed start due to bad weather, Lucknow got off to a superb start when Mohsin got RCB skipper Faf du Plessis for a golden duck in the first over.

Having lost their skipper early, it was about biding time as Kohil and Patidar opted for a wait-and-watch policy before the latter broke loose against Krunal Pandya in the last over of the power-play.

Patidar slammed Krunal for three boundaries and one six in an over that yielded 20 runs to make it up for their slow start and cruise to 52/1 in six overs. 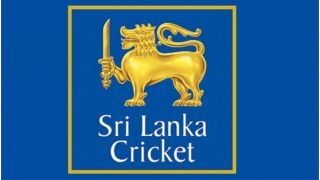 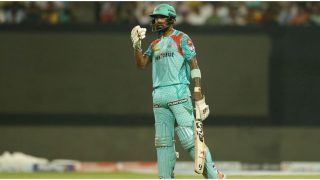