The decision by BCCI to terminate the Kochi Tuskers Kerala franchise for breach of contract has left 28 contracted cricketers in the lurch. 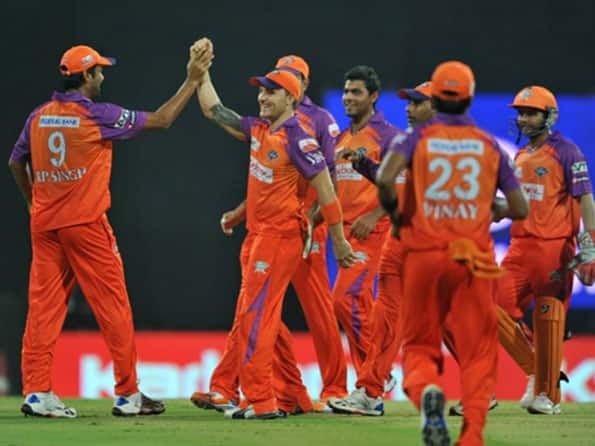 The decision by BCCI to terminate the Kochi Tuskers Kerala franchise for breach of contract has left 28 contracted cricketers in the lurch.

Although the BCCI has stated that in case the franchise fails to pay up the players’ dues they would encash the bank guarantee and pay their salaries.

However a larger question in this context is what and how will be the future of these players which includes top names like former Sri Lanka captain Mahela Jayawardene and Indian players like Parthiv Patel, S Sreesanth, Ravindra Jadeja, Rudra Pratap Singh to name a few.

Will these players feature in the fifth edition of IPL? That’s a million dollar question as of now with BCCI expressing their desire to go with nine-team for the next edition.

“It’s a tough situation indeed. The new IPL governing council needs to put in a lot of thought into how they will handle the delicate issue of the future of these players,” a BCCI official who attended the AGM today told PTI.

He admitted that it will be a tough ask to reinstate the players in other teams.

There are a few options and the BCCI is deliberating on the pros and cons of each of them.

While a section of members are in favour of re-auction for the players, there are others who are pointing out at the soft underbellies it might have to go in for an auction.

“Why would the nine other franchise be ready for auction of these players (though all of them are not capped)?” the official questioned.

The official further elaborated, “Most of the franchises have exhausted the bulk of their USD 9 million salary cap.

Also most have number of players in the range of 25-30. Would they want an additional financial burden on themselves as they have already paid a bomb for their original set of players.”

There is another theory that is doing the rounds and that is to raise the salary cap from US$ 9 million and the maximum number of players from 30 only for the next season.

The counter-logic for this theory is that since all franchises don’t have same amount of cash reserve, there will be disparity going in for a fresh auctions.

The plight will be more for the uncapped domestic players like Bhalchandra Akhil, Raiphi Gomez, Tanmay Srivastava.

Before the fourth edition earlier this year, it was boom time for some of the top domestic players as there were reports that some of the franchises were shelling out astronomical sums (far above their stipulated caps of Rs 10 lakh, 20 lakh, 30 lakh according to year of debut).