Indian vice-captain Gautam Gambhir on Saturday slammed former Pakistan skipper Shahid Afridi terming his comments about Indians not being large-hearted as that coming from a "16-year-old immature." 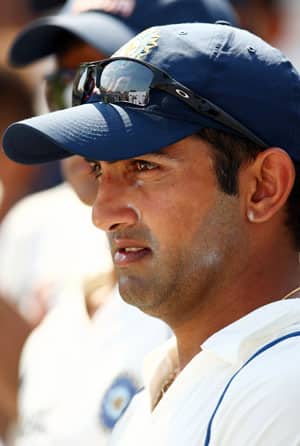 Indian vice-captain Gautam Gambhir on Saturday slammed former Pakistan skipper Shahid Afridi terming his comments about Indians not being large-hearted as that coming from a “16-year-old immature.”

Afridi had lashed out at the Indians three months back, saying that the Indians are not as large-hearted as the Pakistanis after Gambhir dedicated India’s World Cup triumph to the victims of 26/11 terror attacks in Mumbai.

“It looks like Afridi is still behaving in the manner as if he is still the 16-year-old making his international debut. He is still immature. It was my personal wish to pay tributes to the 26/11 victims,” Gambhir said.

On his verbal skirmish with Afridi in an ODI during Pakistan’s 2007 tour of India after which Gambhir was banned for a match, the Indian opener said, “I now realise that I should not lose my temper on small issues. It was a personal thing. He had hurled abuses at me, which I do not want to talk about here.”

“Not only Kamran, but most of the Pakistanis have this habit of appealing. Most of the wicketkeepers are unlike Kamran. Dhoni never shouts while keeping the wicket,” he told India TV during a chat show.

Gambhir also added,”I always feel happy scoring runs versus Pakistan. Not only me, the entire nation becomes aggressive during an Indo-Pak match. It’s fun playing against Pakistan. Indo-Pak matches are as important as Ashes.”

Gambhir rubbished former captain Bishan Singh Bedi’s remark that he tried to hide his injury during the IPL.

“With due respect to Mr Bedi, I want to state that he got his facts wrong. I didn’t have an injury during the IPL, just a little niggle, and every player does have such niggles,” he concluded.