In the time Ishant Sharma has established himself as a workhorse of India’s Test bowling setup, his stocks in limited-overs have taken a backseat.

While he’s just 10 more games away from touching the monumental landmark of having played 100 Tests, his combined tally of 94 matches (80 ODIs and 14 T20Is) in the same period clears which format suits him more. The rise of the likes of Jasprit Bumrah, Bhuvneshwar Kumar and revival of Mohammed Shami has only made the task difficult for Ishant to make his way back in the coloured clothing.

Ishant’s last ODI was in January 2016 and with the World Cup just over a couple of months away, it’s difficult for the right-arm pacer to break in the squad. However, recently the Delhi pacer said he hasn’t lost the hope of still making a late entry as the fourth seamer since he feels that ‘anyone who can bowl well with the red ball is good enough to play the shorter formats’.

As he gears himself up to represent Delhi Capitals, his home franchise, for the first time in IPL career, Ishant is targeting a fruitful season to break into the contention. And he’ll will be doing so under the guidance of DC head coach Ricky Ponting and Sourav Ganguly, who recently joined the team in an advisory role.

And both Ganguly and Ponting have backed Ishant’s ability with the white-ball saying the veteran has the ability to mould himself to meet the rigours and challenges of limited-overs cricket.

“I think he’s bowling at his best at the moment,” Ganguly said of Ishant on Tuesday. “I think he has matured with so much of experience under his belt and I think he’s really working hard in the nets and I know he’ll do well.”

Ganguly also disagrees with the concept of specialist bowlers for different format. “I don’t believe someone is a T20 bowler or a 50-over bowler or Test bowler. Test bowler is the highest level of bowling that you can achieve. You got to be really good level at that and I’m not saying that you don’t have to be good in the limited-overs but Ishant has it in him the ability to adjust and reshape his bowling in this format. You can see it in him that he’s keen to turn it around and you always go for players like that,” the former India captain said.

Ponting, who has a first-hand experience of Ishant’s abilities, also praised his work ethic saying the experience he brings along is invaluable. “He’s reshaping his bowling. We have watched him closely in the practice game we played a couple of nights ago. He bowled well in the game, stayed on after it. His ability to hit Yorkers is probably better than ever before. The other thing he brings with himself is the experience to our line-up. It’s invaluable in the T20 format,” he said.

He added, “It’s been talked about a long time that T20 cricket is a young man’s game but it’s not that. It’s probably an older person’s game and experienced players game that can think their ways through tough situations in the game. We have a lot of you bowlers in our squad and he can be a mentor to them.” 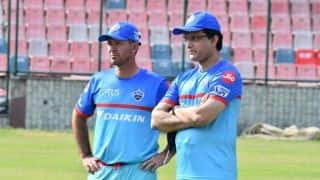 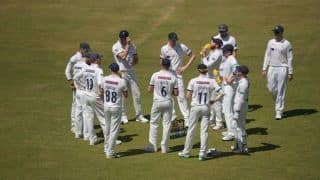