According to reports, Ballance was drinking with teammates Anderson, Plunkett and Root.

England batsman Gary Ballance was reprimanded by coach Peter Moores after a night of drunken revelry was caught on camera. The Zimbabwean-born Ballance, who scored a fine 71 against India in the first Test at Trent Bridge, was photographed inebriated and topless at a bar.

According to a report in the official website of Cricket Australia (CA), no action has been taken as yet by the team management, although Moores said he would remind his team “of their responsibilities.”

According to reports, Ballance had been drinking with his teammates James Anderson, Liam Plunkett and Joe Root at the time. A witness told The Daily Mail, “They had to carry him out at the end of the night. He was standing outside with his top off screaming England, England, England!”

Moores said of the incident, “I am aware that some of the England players were caught on camera relaxing after the conclusion of the recent Trent Bridge Test match. As the players had been released at the end of the first Test and were not due to meet up to begin preparations for the second Test until Monday evening, and there were no suggestions of impropriety, there is no need for any disciplinary action. I will however be reminding all players of their responsibilities to uphold the best possible image for England cricket.” 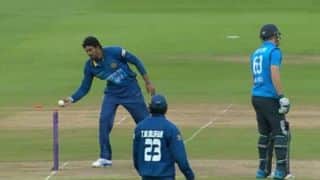 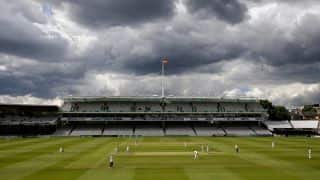