New Delhi Daredevils coach Gary Kirsten said that coaching in the Indian Premier League (IPL) at this stage of his career is perfect for his family. Kirsten was named as the head coach of the Daredevils on Tuesday. 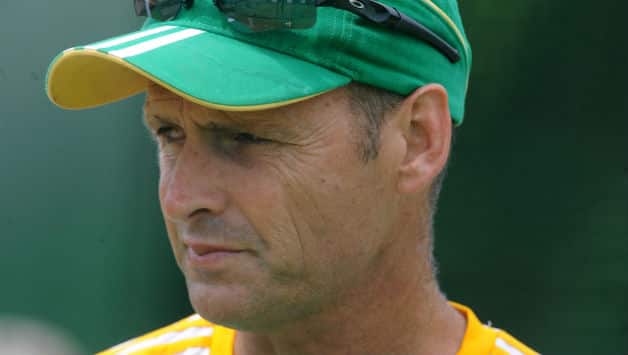 New Delhi Daredevils coach Gary Kirsten said that coaching in the Indian Premier League (IPL) at this stage of his career is perfect for his family. Kirsten was appointed as the head coach of the Daredevils on Tuesday.

Kirsten was the head coach of the Indian national cricket team between 2008 and 2011. He then was at the helm as South Africa coach for two years. He stepped down as coach of South Africa after the ICC Champions Trophy 2013 as he said he wanted to spend more time with his family.

“The IPL at this stage of my career is a perfect thing to have happened considering the commitments I have towards my family,” said Kirsten as reported by the Cape Times.

“They are my priority and devoting three months a year to cricket is fine.”

With the Daredevils, Kirsten will join countryman Eric Simons. He was part of Kirsten’s team management when India won the 2011 ICC World Cup. Simons will now step down as head coach to become Kirsten’s assistant.

“I was recommended by Eric and after having a chat with the owners, I found them to be good people. My job will be to help the boys perform to the best of their abilities. Also having Eric around helps a lot as we go back a long way and complement each other really well,” added Kirsten, as he referred to their playing days together at Western Province from the late 1980s to the 1990s.

Both Kirsten and Simons have their work cut out as Daredevils had a tough IPL 2013 season as they finished last amongst nine teams.