South Africa's Gary Kirsten will be in charge of the Hobart Hurricanes for the next two Australian Big Bash League seasons, the club announced on Monday.

South Africa‘s Gary Kirsten will be in charge of the Hobart Hurricanes for the next two Australian Big Bash League seasons, the club announced on Monday. The 49-year-old came out on top after an extensive recruitment process involving a panel including Tasmanian cricketing greats Ricky Ponting and David Boon. “I am committed to developing the young T20 talent within the club and the region at the same time creating the best environment for our leaders and experienced players to perform their best,” Kirsten said in a statement. “I have thoroughly enjoyed watching BBL over the past few years and I’m really looking forward to this coaching opportunity with the Hurricanes and Tasmania.” READ: Stuart Broad joins Hobart Hurricanes for BBL 2016-17 season

Kirsten played 101 Tests and 185 one-day internationals for South Africa before coaching India to the 2011 World Cup. He currently runs his own cricket academy in South Africa. Hurricanes general manager Bill Avery said the panel was impressed with his thorough and strategic approach and his vision for the club. The team are yet to finalise their remaining coaching support staff or squad for with discussions ongoing over coming weeks.

The BBL remained a consistently popular TV offering, with an average of more than one million people tuning into every match. The TV ratings for the BBL saw it win 31 of 35 nights and cement itself as the number one ranked TV program for families over the summer. Cricket Australia s digital properties also had a phenomenal year, with our Cricket Network the top-ranked sports destination in the country between November and January thanks to an average unique audience of 2.46 million, peaking at 2.78 million in January, Cricket Australia had reported earlier. 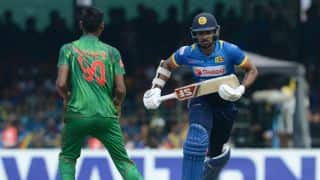 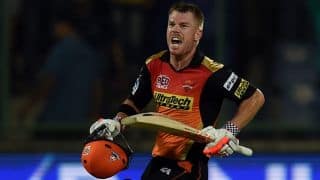