Gautam Gambhir announced on Twitter that he was starting a foundation.

Gambhir has been a part of the Indian setup since 2003 and has been one of their best batsmen. However, in recent times, he hasn’t been a success at the highest level. However, he is still the captain of the Kolkata Knight Riders and has led them to two Indian Premier League (IPL) titles. Many cricketers around the world have their own charitable foundations and Gambhir joins that league with this initiative. 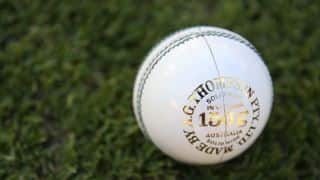