“From everyone at KKR heartiest congrats and best wishes to Gautam Gambhir and Natasha Gambhir on the birth of a baby girl,” team CEO Venky Mysore wrote on his twitter handle. Struggling with just two wins from five matches, the Knight Riders have landed in Ranchi to open their India leg against Chennai Super Kings (CSK). 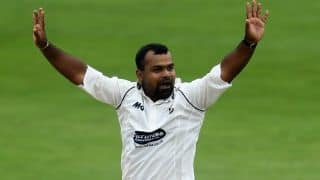