Out of favour India opener Gautam Gambhir doesn't feel Indian Premier League's (IPL) reputation has got a beating because of the spot-fixing and betting scandal, saying a "handful of wrong individuals doesn't carry the image of the entire sport". 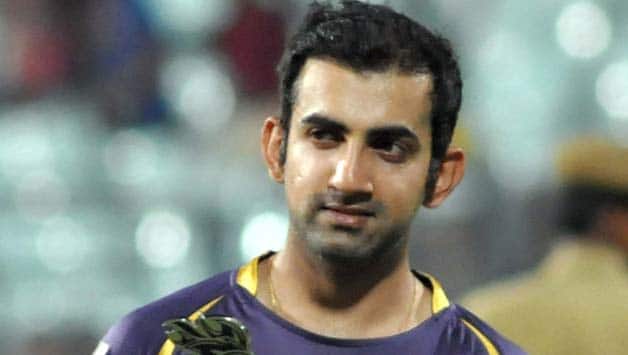 Out of favour India opener Gautam Gambhir doesn’t feel Indian Premier League’s (IPL) reputation has got a beating because of the spot-fixing and betting scandal, saying a “handful of wrong individuals doesn’t carry the image of the entire sport”.

“A handful of people who do something wrong doesn’t carry the image of the entire sport. There are still millions of people who wants to go out there and play the game and represent the country,” said Gambhir, who is also the captain of Kolkata Knight Riders.

“If some handful of people do something wrong that doesn’t mean cricket is dirty. There are lot of people who wants to do well,” he said.

For Gambhir, IPL is a serious business but feels steps like banning cheerleaders from the tournament is not the solution to erradicate corruption from the event.

“For me everything depends on individual. You can’t stop an individual from doing something wrong. It has to come from within,” he told NDTV.

“IPL is a serious competition and not what you do off the field. When I joined KKR, my only thinking was to see the team do well on the field.

“But if a handful of people thing IPL is more to do with off-field activities, it’s the wrong way of approaching IPL. There are a handful of people who think that and you can’t control them. The only way out is not to make them part of IPL,” the left-hander added.

Gambhir, whose form has been patchy of late, is presently out of the Indian team after he was ignored for the ongoing ICC Champions Trophy 2013 is England.

Asked how difficult it will be to return to the Indian team considering the good showing of the opening duo of Shikhar Dhawan and Rohit Sharma in the ICC Champions Trophy 2013, Gambhir said, “For any sportsperson, it’s not about how difficult to make a comeback.

“It’s about going out there and keep scoring runs because as a batsmen that’s what you play cricket for and that’s what give you maximum hapiness. It’s about keeping things simple.”

Gambhir brushed aside Manoj Tiwary’s view that 2012 champions Kolkata Knight Riders faltered in this edition of the IPL because of lack of camaraderie within the team.

“This year we were not consistent enough in all departments of the game and I an not someone who will hide behind the bush,” the KKR skipper added.

S Sreesanth released from Tihar Jail; says his innocence will be proved in IPL spot-fixing scandal