Former Test opener Gautam Gambhir was today named a government nominee in the Delhi & Districts Cricket Association (DDCA) managing committee and he has made it clear that he would do his bit to “restore glory days” of the much-maligned association. A Delhi stalwart and current player, Gambhir took to twitter to thank Sports Minister Rajyavardhan Singh Rathore.

Had the honour of adjusting fields at Ferozeshah Kotla. Time to adjust corridors at DDCA to help restore its glory days. Honoured to be Government Nominee on DDCA Managing Committee. Thanks @Ra_THORe #humbled 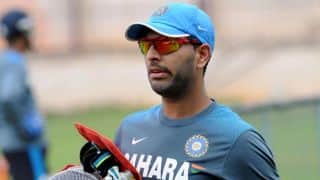