Narine has been reported twice for a suspect bowling action.

Kolkata Knight Riders‘ captain Gautam Gambhir hopes that teammate and West Indies off-spinner Sunil Narine will emerge a “better bowler and a stronger individual” from his ban due to chucking.

Narine has been reported twice for a suspect bowling action during the Champions League T20 2014 (CLT20) cricket tournament. He has been suspended from bowling in the CLT20 final and was also withdrawn from the West Indies squad for the One-Day International (ODI) series against India starting Oct 8.

“He (Narine) is, was and will always be an integral part of KKR and the entire squad will stand behind him. I hope he can come back as a stronger human being and can achieve much bigger heights than he has achieved in the past,” Gambhir was quoted as saying by ESPNCricinfo.com.

Gambhir said he was “shocked” when he was first informed about Narine’s action being reported after a group game against the Dolphins on 29 Sep .

“The only thing I can say at the moment is it’s a tough time for him, but he’s a strong character. I had a long chat with him after the game and I told him he needed to get this monkey off his back because he himself doesn’t know if there’s anything wrong with his action,” said Gambhir.

“The good thing is now he will get to know whether there is actually a problem in his action. If there is any, he will try to sort that out and come back a stronger human being and a stronger character as well. He could take all that pressure and be a much better bowler as well,” Gambhir said.

“Sometimes when these things start playing in your mind, what will happen if I bowl this delivery, what will people be talking, etc… Once he gets this off his back, I am certain he will be a much better bowler.”

Gambhir hoped that there is consistency in the process of hauling up bowlers with suspect bowling options. “Hopefully they are not targeting certain bowlers and they should not be targeting certain bowlers,” he said. “Sometimes the biggest challenge in these things is to be consistent and that’s where I think it can get unfair. Till the time you are fair, I am fine with it, whether it has to do with actions, batsmen, bowlers or xyz. For me consistency is very important in any sport,” the left-hander said.

Gambhir said Narine was missed in Knight Riders’ eight-wicket loss in the CLT20 final against Chennai Super Kings (CSK). He also pointed out that another KKR spinner, Kuldeep Yadav, who has been inducted in the Indian team for the West Indies ODI series, has “a very bright future,” but still has “a long way to go”.

“He’s young, not a lot of people have seen him. But the challenge is when people start identifying you and figuring you out. I hope he goes from what he has achieved till now and keeps working hard on his game,” he said. 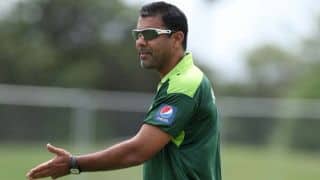 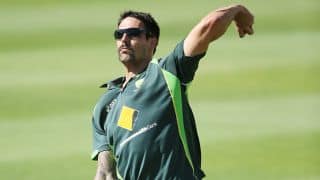