Gautam Gambhir: My job is to score runs, not to speak to selectors

Gautam Gambhir: My job is to score runs, not to speak to selectors

Delhi became the first team to qualify for the 2017-18 Ranji Trophy final. They beat Bengal convincingly at Pune to reach the tournament final. Delhi needed to bat Bengal out of the contest. Gautam Gambhir’s 127 just did that. Earlier in the quarter-final, Gambhir stroked a fine 95 in the second innings against Madhya Pradesh. The veteran has been amongst the reasons for Delhi’s success this season. Gambhir has amassed 632 runs at 63.2, registering 3 hundreds and 2 fifties. Will this run help him pave his way back to the Indian top-order?

That is what you are meant to do and that is what I am trying to do. This year is no different from what I used to do last year. The motivation is exactly the same. The day I don t feel the same I will not hang around, the southpaw said before adding, I don t speak to the selectors and I don t need to speak to the selectors. Ultimately, my job is to score runs and that is what I only focus on, Gambhir said in an interview with PTI.

Gambhir led Delhi to their last Ranji Trophy triumph in 2007-08 season. Gambhir had followed up his first-innings duck with an unbeaten 130 as Delhi chased down 230 against Uttar Pradesh to complete an outright win. Gambhir has also led Kolkata Knight Riders to 2 IPL titles. As a senior he will be expected to keep the youngsters motivated and continue doing what he is good at, that is, scoring runs.

We reached the finals so obviously the achievement is great. Hopefully, we can go one step ahead and win it after 10 years which is going to be great. So far it s (my form) been decent. Obviously, when you get 600 plus runs it s good. The most important is that you have contributed in the games which are very crucial as well, whether it was the quarterfinal or the semi-final. As a senior player, you have to be good in the crunch games and there is still one more game to go, he added.

Vidarbha beat Karnataka in a thriller on Wednesday. The central Indian side downed the giants by 5 runs to make it to their maiden Ranji Trophy final. Delhi will lock horns against Vidarbha on final, starting December 29 at Holkar Stadium, Indore. 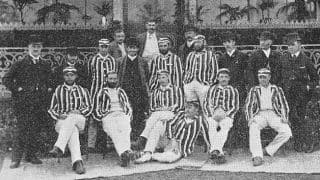