Kolkata Knight Riders (KKR) had retained Sunil Narine and Andre Russell before the 2018 IPL auction, probably leaving Gautam Gambhir as the Right To Match (RTM) card. However, the franchise instead opted for Piyush Chawla and Robin Uthappa. Gambhir meanwhile was picked by Delhi Daredevils, the franchise he started his IPL career with.

After the auction, KKR CEO Venky Mysore revealed to Indian Express that Gambhir had requested them not use RTM for him. “He was very much in our plans for the auctions via RTM, but he had a conversation with us well before. He felt that there might be a different challenge before (him), we don t know what it was. And (he) requested if we would refrain from bidding for him or using Right To Match. And we said we will never come in the way of anyone s progress or anyone s aspirations. We re sorry to see him go, seven great years .”

Before the auction, Gambhir had said that he was ready to play for any franchise and that he wants to mentor the youngsters. “I am at a stage of my career where I want to be a senior statesman, a mentor to the younger cricketers. Whether that happens in KKR, Sunrisers, Delhi, Mumbai I am absolutely fine with it.” 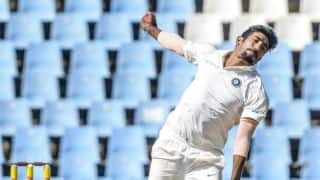