With his comeback gone wrong in England, opening batsman Gautam Gambhir is targeting the forthcoming domestic cricket season to keep scoring runs to get back into the Test team again.

Gambhir’s return to the Test side in England, after nearly two and a half years, went wrong after he was dismissed for scores of 0, 3, 4 and 18 in the final two matches in England. Gambhir said making a comeback is never easy and hopes that once he starts scoring runs everything will be taken care of.

“Obviously when you don’t do well there will always be critics taking a shot at you and that’s fine. You play a game and when you do well you get praise, so you should be able to take the criticism as well. For me it was always a confidence thing. Maybe making a comeback is never easy, if I had been able to get a few starts, obviously I would have been a lot more confident. For me, if I am confident mentally a lot of things can be taken care of,” Gambhir was quoted as saying by ESPNCricinfo.com.

“The important thing is to keep scoring runs. We have a big domestic season coming up. If the runs come, the technical things people keep talking about can be taken care of. Stay in the present, keep scoring runs and see where it goes,” he said.

The Kolkata Knight Riders captain’s 52-ball 80 in the final of the Champions League T20 2014 against Chennai Super Kings also came after a patch of poor scores. But Gambhir feels that judging a batsman’s form on the basis of T20 performances is unfair since the format heavily favours the batsmen.

“People say it’s a batsman’s format, but at the same time the bowler has a lot of opportunities to take your wicket. When you are taking a risk there is always a chance you will lose your wicket because you are only playing 120 balls,” he said. “Sometimes team strategy is to go hard in the first six overs and you have to do that even when you are not hitting the ball well. It is always a challenge.” 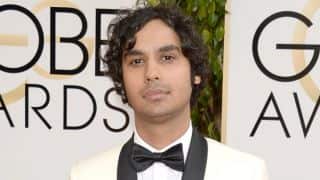