Gautam Gambhir denied the allegation that he put club over country.

Gautam Gambhir on Sunday clarified that all the rumours about his differences with India captain Mahendra Singh Dhoni, or the famous dispute between Dhoni and Virender Sehwag is nothing but an ‘imaginative mind working overtime’.

Gambhir told Mumbai Mirror, “All this friction within the team is nothing but someone’s imaginative mind working overtime. I have said this before and I will say this again that there is nothing wrong between me and MS Dhoni or Viru bhai, Yuvi and Harbhajan. It is just a coincidence that we’re not in the team for various reasons like form and fitness but to look beyond all this is nothing but being disrespectful to the intentions of the players.”

The 32-year-old batsman, who was relegated from the Grade A of the Board of Control for Cricket in India (BCCI) contract list to Grade B, says that he is not the only cricketer trying to make a comeback.

Gambhir said, “It still means that I am in the scheme of things for people who matter. Believe me, it is no disaster. I am not the first or the last cricketer trying to make a comeback. I think apart from Sachin Tendulkar, there is not a single cricketer in the Indian team who hasn’t been left out at some stage. I’m trying to evolve as a cricketer which is the most important thing to me.”

Talking about his batting technique, Gambhir defended himself and said he has scored runs all over and he does not rely on a few methods.

“I’ve scored some runs in front of the wicket as well — my game is not only about nudges. There was a time when I was not leaving enough balls outside the off-stump. I’m just trying to do that and thankfully it is working out for me. But there hasn’t been anything specific with either of the two coaches[Duncan Fletcher and Sanjay Bhardwaj],” he said.

Talking about insecurities, Gambhir said, “It’s not about being secure or insecure. At the end of the day you are competing with the opposition and not with insecurities. To put things in perspective, I spoke about insecurities when I was in and out of the side at the very start of my career but things are different after playing 50 Tests.”

Gambhir denied the allegation that he put club over country and played for his Indian Premier League (IPL) franchise Kolkata Knight Riders, and missing the tour to the West Indies in 2011.

He said, “The Club vs Country notion was completely fabricated. I don’t go about advertising things but I have played with enough injuries for my country. To set the record straight, let me tell you that the reports of the scans on my shoulder and groin reached us only after the game in Mumbai. Had I known how serious my injury was, I’d have definitely opted out of the IPL and looked at the opportunity of playing for India. And I am yet to come across a cricketer who prefers playing for his franchisee in the IPL rather than his country.”

“I don’t think I was out of form. In fact, it was a combination of some good bowling and injuries that ruined my England tour,” Gambhir added.

Gambhir said he never believed in designations and always wanted to contribute to the team’s cause.

“Well I am not a great believer in designations. Captaincy or vice-captaincy is not the end, it’s the means to the end. The difference that I was trying to make as the vice-captain of the team, I was still doing that as member of MS Dhoni’s team. To the outside world, it might seem a catastrophe but I was certainly not losing sleep over them,” Gambhir said.

“My job is to score runs and not worry about selection. The idea is to evolve as a cricketer and individual which is exactly what I am focusing on. And I have not spoken to either the selectors or Dhoni. It is a simple equation: keep scoring runs and you will end up being in top teams, be it India, KKR or Delhi,” he added.

Gambhir said that he remains motivated to play cricket and he is enjoying the ongoing season with Delhi.

“Like most cricketers, I picked up my bat to score runs and help my teams win. So travelling the country to play Ranji games is as much fun as it has been travelling abroad with the Indian team. The zest to win in different conditions, the desire to take Delhi cricket forward and, in the process, evolve as a batsman, all this keeps me going. I love this sport and the very fact that I am involved in a contest,” he said.

Gambhir continued, “Sometimes, the contest is with the opposition, sometimes there is a battle within that I won’t hit a cover drive but it’s all fun and not a burden. To cite an example, when we travelled to Gujarat or Jharkhand, I was really looking forward to visiting these places and see for myself how they have developed. Being a cricketer is fun. As far as playing at Roshanara on green tracks is concerned, it was done to ensure outright wins for Delhi and nothing else. It would have been tough to get full points at Kotla and that is why we made this move.”

Gambhir thrashed the talks that he will be hoping for an opening in the Indian team in case Shikhar Dhawan or Murali Vijay flop on the tour of New Zealand.

He said, “It disappoints me that we cricketers are such a misunderstood lot. It is disgraceful to think that for my personal gains, I’d expect M Vijay or Shikhar (Dhawan) to fail. I’m sorry but I don’t approach my life or cricket that way. Vijay looked really good in South Africa, especially in tough conditions in the Johannesburg Test. I wish him all the very best for New Zealand. Shikhar again is extremely dear to me. He may not have scored in heaps but I’d really request the critics not to get after him. Just give him time, he’ll be fine. I wish both of them luck.” 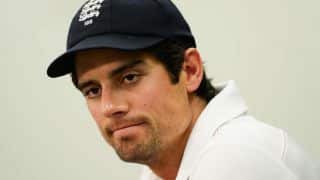 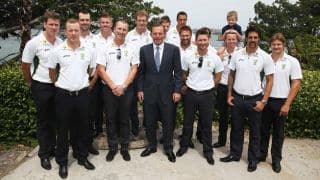