Andre Russell has been handed a one-year ban for violating anti-doping whereabouts regulations and KKR now have Chris Woakes as a like-for-like replacement.

New Delhi: Two-time champions Kolkata Knight Riders (KKR) will be missing their key all-rounder Andre Russell but skipper Gautam Gambhir wants his team to treat the Jamaican’s absence as an “opportunity in bold letters” during the upcoming Indian Premier League (IPL). The flamboyant Russell has been handed a one-year ban for violating anti-doping whereabouts regulations and KKR now have England’s Chris Woakes as a like-for-like replacement picked from the auctions. “There are two ways to look at such situations in life. Either we can see Russell’s absence as a challenge or look at it as an opportunity in bold letters. I as an individual, and KKR as a group, are looking it as an opportunity,” Gambhir told PTI during an interview. READ: Gautam Gambhir: Pressure of playing T20 cricket will make Kuldeep Yadav better

Asked if Woakes could fill in for Russell as a batsman, Gambhir gave an interesting answer. “Maybe a combination of Manish Pandey’s batting and Ankit Rajput’s bowling can get us what Russell did. Not only Woakes but the entire team can try to fill-in for Russell and for that you don’t necessarily need an all-rounder. May be some other pair can do this,” said Gambhir.

The seasoned opener doesn’t believe that it helps brooding when one is a leader. “I better be looking at glass half full,” he said. Gambhir reckons that the core Indian group of batsmen like Manish Pandey, Surya Kumar Yadav and Robin Uthappa will have to take more responsibility on a relaid Eden track where pacers will have more advantage. “From a track that used to favour spinners, it now has good deal of pace and bounce in it. With that as a background, batting has to be top-class. The rival team fast bowlers will come hard at us and we have to be ready for that.” READ: Kolkata Knight Riders in IPL 2017, Preview

Talking about pace on Eden Gardens track, New Zealander Trent Boult’s presence would certainly add variety to KKR’s bowling season. “We had left-arm pacemen in Jaydev Unadkat and Pradeep Sangwan in the past and understand the value of this skill that Boult brings in. Boult, Nathan Coulter-Nile, Umesh Yadav, Ankit Rajput and Woakes. We have all bases covered when it comes to fast bowling.”

Sunil Narine used to be a mystery spinner and strike bowler for KKR before he had to remodel his bowling action due to allegations of chucking. But the former India ODI captain insists that Narine is still a force to reckon with despite adjusting to his new action. “I think we start judging people a little too soon. You can’t expect a golfer, who has changed his swing to be the same force from day one on the greens. I have changed my stance [to open chested] and it’s been close to two years now and I am still settling with it. Give Sunil some time and some space and he will show you his wares again.” READ: IPL 2017: Guide to Kolkata Knight Riders (KKR) dark horses for IPL 10

On the personal front, the milestone of becoming the first franchise captain to win a hat-trick of IPL titles beckons Gambhir. “The pressure is normal. We have to win and if we do we will create history by being the first franchisee to win IPL three times. In that sense you can say there is pressure,” he said. 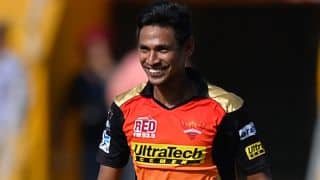 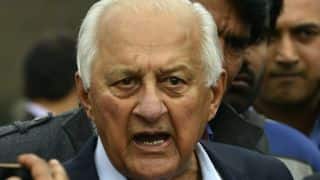