If India are to experiment on something, they should try with six bowlers and see where it's going."

Gautam Gambhir has expressed his opinion on India’s No. 4 position which has been a concern since very long. With the big World Cup in less than a year India is trying out various options that fit in the spot. So far India have tried Manish Pandey, Dinesh Karthik, Ajinkya Rahane and now KL Rahul. However, Gambhir feels Ravichandran Ashwin would be a perfect fit for the role.

Probably back R Ashwin to play (the all-round role). Him, KL Rahul and MS Dhoni can play at various positions in the lower middle order, Gambir said to cricbuzz.

Ashwin last played ODI in June 2017 while his spin partner Ravindra Jadeja played his last ODI in July the same year. Their spot has now been taken by Yuzvendra Chahal and Kuldeep Yadav. However, with Ashwin and Jadeja India had the luxury of a deep batting line-up.

Ashwin or Jadeja, give them the responsibility to bat at 4 and maybe KL can come at 5 and Virat can bat at 3. A person batting at No. 4 will be accumulated as well, it’s not someone who’s going to give you 60/70-ball hundred. If he ends up chipping in with 30,40 or 50 runs at a-run-a-ball, you’ve got the firepower with KL, Hardik and MS coming in as finishers. It gives you that 6th bowling option as well along with a proper quality attack, Gambhir added.

Gambhir even talked about Krunal Pandya who has shown promising performances in Indian Premier League in past years. He was even selected for the T20I series against England replacing Washington Sundar but did not get a place in the playing XI. Not a bad option too. Give him the opportunity to bat at No. 4 and see how many can he deliver. I am sure he could be a proper 6th bowler option in a wicket like Lord’s or Nottingham where he can chip in with 5 or 6 overs. If someone has got a bad day, you’ve got the luxury of another left-arm spinner.”

If India are to experiment on something, they should try with six bowlers and see where it’s going. Virat Kohli and Ravi Shastri keep talking about experimentation and I believe that’s the best way if you want to experiment. I think we keep talking about individuals, batting positions but I think it’s more to do with the combinations. If experimentation has to happen, it should be from the combination point of view, Gambhir concluded. 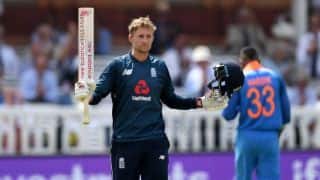