Make no mistake: despite not getting a Test cap, Rajpakse Manikkunambi Gayan Kavinga Sirisoma has always been an excellent left-arm spinner, and has numbers to back his stature. In a career spanning over 15 years, Sirisoma has picked up 522 wickets from 102 First-Class matches (that is 5.1 wickets a match) at a spectacular 19.87. The numbers are remarkable, but they are nothing compared to what Sirisoma has achieved this season, for Pandura Sports Club in the Premier League Tournament Tier B. His 8 First-Class matches this season have fetched him 91 wickets (11.4 wickets a match); in 7 of these matches he has taken 10 or more wickets, including 13, 11, 10, 13, and 14 in consecutive matches. In fact, he took 1 for 53 and 5 for 55 in the only match where he missed out on a 10-wicket haul this season, after taking 11 and 13 wickets in his first 2 matches. He has also taken 12 five-fors in the 16 innings he has bowled in.

In the first innings of his 7th match (against Kalutara Physical Culture Centre) he also took his 500th First-Class wicket. Not only has Sirisoma averaged 12.29 this season, but he has also claimed a wicket every 24.2 balls (about 4 overs). These numbers boggle the mind. Here is a basic summary of Sirisoma s sensational performance this season: 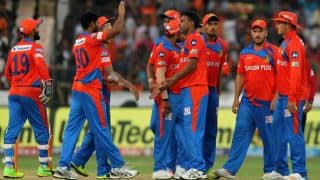