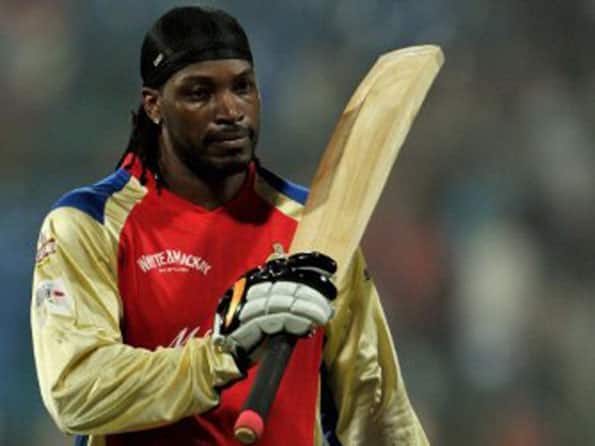 Chasing a stiff target of 204 set by a surcharged Blues who notched up 203 for two wickets, opener Chris Gayle and one down Virat Kohli put up a brilliant second wicket partnership of 141 in 66 balls to take the match away from the Blues.

Though Gayle missed his century by eight runs, he remained at the crease till the 14th over to hit 92 in 41 balls with eight mighty sixes and eight fours.

Man of the Match Kohli hit a brilliant unbeaten 84 in 49 balls with three sixes and 10 fours after surviving two sitters. The winning runs were made by Mohammad Kaif with two consecutive fours of Daniel Smith to reach the target.

For Blues, Patrick Cummins was the only successful bowler taking all the four wickets in four overs for 45 runs.

Warner (122 off 68) belted the RCB bowlers to all parts of the ground from the word go and together with Daniel Smith (62 off 42) shared a quickfire 146-run second wicket stand off just 87 balls to set the platform for the NSW total.

Warner, who scored an unbeaten 135 to set up a victory against Chennai Super Kings, was at his imperious self, hammering RCB’s mediocre bowling. He hit six boundaries and as many as 11 sixes en route his 68-ball innings.

Warner was ably supported by Smith from the other end with seven fours and three huge hits over the fence.

Sent into bat, NSW, however, did not have the best of the start as they lost Shane Watson (3) early in the third over with the scoreboard reading 17.

But, thereafter, Warner and Smith joined hands and the duo sent the RCB bowlers for a leatherhunt to pile up the misery for the home team.

Barring Tillakaratne Dilshan (1/10), none of the RCB bowlers could find their footing in front of the NSW batsmen, especially Warner.

Sreenath Aravind, who has been selected in the Indian squad for the first two ODIs against England, managed to pick up the other NSW wicket but not before yielding 55 runs from his four overs.

After Smith’s dismissal, bowled by Aravind, Warner and Rohrer stitched unbeaten 40 runs off just 17 balls for the third wicket.