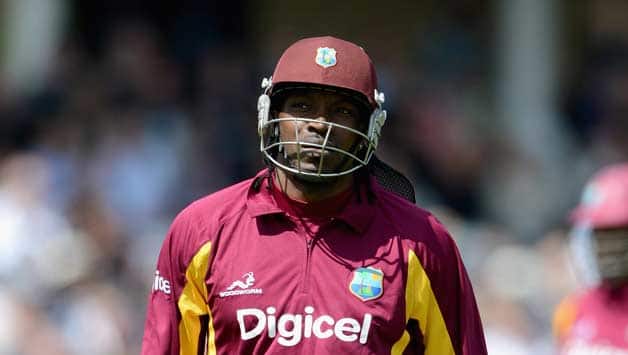 Gayle struggled in the recent Australia Big Bash League for Sydney Thunder, managing just 137 runs from seven innings as his side finished the preliminary round without a win.

However, the left-hander blasted scores of 85 and 122 not out in his only two outings in the just concluded Caribbean Twenty20, and Sammy said Sunday he was expecting great things from the prolific batsman as the West Indies prepared to take on the Prime Minister’s XI in Tuesday’s warm-up fixture at Manuka Oval.

“I remember Chris Gayle hitting the ball all over the park,” Sammy said, recalling the last time Gayle lined up against the PM’s XI two years ago at the same venue.

“We played well that day and entertained the crowd. It’s a good fixture whenever we tour here and it’s good to play the Prime Minister’s match to start our tour. I’m expecting Chris to have a good tour on a whole and I also expect the team to play well in these conditions.”

Last week, he set the St Lucia leg of the CT20 alight with a brutal exhibition of power-hitting, form Sammy said was encouraging ahead of the Aussie showdown.

“When he came back home he looked really good and I think he almost had the most runs in the Caribbean T20 tournament after just a couple of games,” Sammy explained.

“We all know what he’s capable of, but the strength for us is the way the team has performed together. We are getting stronger as a unit.”

The West Indies will open the series with a doubleheader in Perth next weekend.