England batting legend Geoffrey Boycott feels that India are no longer the force it used to be and touring the country has become much easier now a days for cricket playing nations. 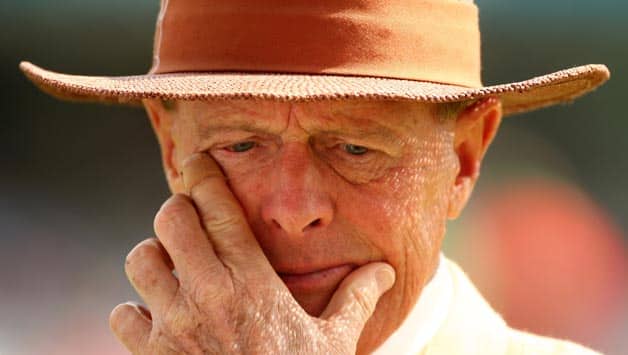 England batting legend Geoffrey Boycott feels that India are no longer the force it used to be and touring the country has become much easier now a days for cricket playing nations.

Saying that India are going through a transition phase, Boycott singled out a few star Indian cricketers who according to him are past their prime.

“India are not the force they have been in the past. Two great batsmen have retired in VVS Laxman and Rahul Dravid while Sachin Tendulkar is no longer the great player he once was,” Boycott wrote in his column for The Daily Telegraph.

“Harbhajan Singh and Zaheer Khan have been fine bowlers but are past their best. You could say touring India is a bit easier now because the hotels are better, English food in the big cities is excellent and travelling is so much easier,” he added.

Boycott’s comments came after England broke the 28-year-old jinx by defeating India 2-1 in the Test series in their own backyard after the fourth and final match ended in a draw in Nagpur yesterday.

The cricketer-turned-commentator lauded the victorious Alastair Cook-led team for turning around the series in their favour after the humiliating loss in the series-opener.

“Earlier this year we lost three Tests against Pakistan and one against Sri Lanka. We then batted appallingly in the first Test at Ahmedabad to lose by an innings. Suddenly everybody in India thought this set of England players would roll over and get beaten 4-0,” Boycott said.

“They deserve a lot of praise for showing character, determination and ability to come back and win well in Mumbai and Calcutta.”

“That was not straightforward either because England have had problems. They had to find a new opening batsman after Andrew Strauss‘s retirement. They have also had to identify another middle-order player in, first, Jonny Bairstow and then Joe Root,” he pointed out.

“Their big fast bowler, Steven Finn, has broken down twice so could only play in one Test and Stuart Broad featured only in two matches, failing to take a wicket before succumbing to injury. Tim Bresnan played in two Test matches but he has been 10km slower and pretty easy to face since his elbow operation earlier this year.”

“England have won this series with only three major bowlers: James Anderson, Graeme Swann and Monty Panesar,” he said.

“Alastair Cook, Kevin Pietersen and Anderson have been outstanding. We have seen a true world-class performance from each of them. Our two spinners, Swann and Panesar, outbowled the two Indian spinners.”