Boycott suggested that Cook should drop himself and score some runs for Essex.

Former England captain Geoffrey Boycott has criticized Alastair Cook’s tactical prowess after England allowed India to recover from a difficult position on Day One of the second Test played at Lord’s. India were looking in trouble when they were 145 for seven, but Ajinkya Rahane and Bhuvneshwar Kumar combined to help the visitors recover.

Boycott heavily criticised Cook’s captaincy and said that the English team looked dreadful in the final session. ‘’England lost the plot twice — once when Liam Plunkett had to go round the wicket on a pitch which is doing something because they couldn’t get enough balls in good areas to make the batsmen play at the ball. Secondly, we finished up with three men on the boundary for the hook. What is going on? The pitch is still green,’’ he told BBC Test Match Special.

Boycott also suggested that Cook should drop himself from the team, and score some runs for Essex. “If he fails twice, he should drop himself and go back to Essex and get some runs. He can then come back as captain if they want him, but certainly as a batsman because, with 25 Test hundreds, he’s that good. He doesn’t have to get a big score – we want to see him get 40, 50, 60 — a hundred would be a big plus. We want him to occupy the crease and bat nicely. Everything about England at the moment is about whether Alastair Cook can score runs. It can’t go on forever,” he added. 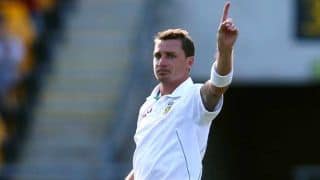 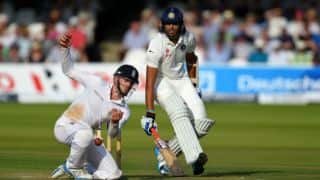