England great Geoffrey Boycott's controversial bid to return to the Yorkshire board failed today after his candidacy was rejected by the county's membership at the club's annual general meeting.

London: England great Geoffrey Boycott‘s controversial bid to return to the Yorkshire board failed today after his candidacy was rejected by the county’s membership at the club’s annual general meeting. When the ballots were counted, 758 members had voted against Boycott compared to 602 in favour of the 75-year-old former Yorkshire opener. Boycott previously served on the board between 2007 and 2012. He was also Yorkshire’s president in 2012 and 2013, since when they have won back-to-back Championships, with a largely homegrown team coached by former Australia fast bowler Jason Gillespie. ALSO READ:  Angelo Mathews’ valiant 73-run knock goes in vain as England defeat Sri Lanka by 10 runs in T20 World Cup 2016

Boycott, a respected television analyst, has insisted he does not want to interfere in cricket matters but was standing again because of concerns over Yorkshire’s debt of more than 20 million ( 28 million). However, the current Yorkshire chairman Steve Denison, was not a fan of Boycott returning to the committee, as he made clear in a letter to club members where he said: “We need specialist skills on our board in relation to finance and construction, and that’s the direction of the board over the next few years.”

“I’m not trying to cause any problems, create any trouble,” Boycott told the Yorkshire Post. “The debt has gone from 5 million in 2002 to 24 million in 12 years…We can’t go on borrowing money — 24 million is huge… that’s a recipe for disaster,” he added.

Former Yorkshire and England batsman Michael Vaughan also warned against Boycott returning to committee duties, saying:”He’s passionate, I love him to bits, but he’s 75 years of age. Come on Geoffrey, go and have a game of golf!”  Boycott, arguably the best defensive batsman of his generation, played for Yorkshire from 1962-1986 and had a stint as county captain.

But the final years of his career were dogged by bitterness and division, with Yorkshire split into ‘pro’ and ‘anti’ Boycott camps during what was a largely lean spell for English cricket’s most successful county. Saturday saw Dickie Bird, Boycott’s successor as Yorkshire president, given a round of applause following the end of his two-year term.

Bird was succeeded by another former umpire in former Yorkshire and England batsman John Hampshire, who spent much of his career in the same county side as Boycott. 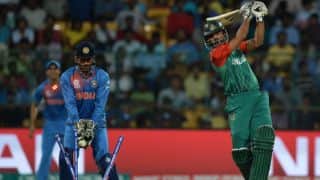 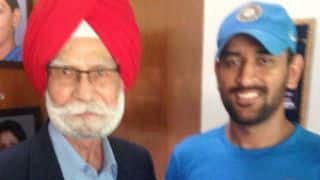