George Bailey, stand in skipper for Michael Clarke, is of the opinion that Pakistan will doctor the wickets when they take on  Australia in the one-day series in the United Arab Emirates.

Bailey was quoted as saying by the Sydney Morning Herald, “I still think teams are doctoring their wickets to produce very large spinning wickets when we come and play them, which says to me that teams still think that we’re vulnerable against spin.”

“The challenge for us is to become so good at spin that is no longer required. Teams are then producing the best cricket wickets they can, “he added.

“I imagine the Dubai wicket won’t change too much.I think we’re playing (the ODI game) on the same wicket and I believe the Test wicket might even be the same as well.That’s going to be a challenge, “pointed out Bailey.

Pakistan will go up against Australia as hosts in a three match  ODI  series that starts on Tuesday. After the one-day series a two -match test series will commence on the 22 October. Australia started their tour of UAE well as they defeated Pakistan in the only T20 on Sunday. 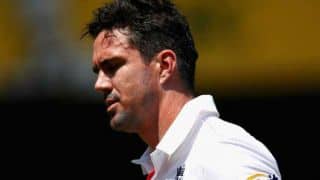 Pakistan vs Australia 2014: Misbah-ul-Haq urges Pakistan to look ahead of Saeed Ajmal against Australia