Australia Twenty20 captain George Bailey has backed Mitchell Johnson to return to Test duty when Ashes hostilities are resumed Down Under in November. 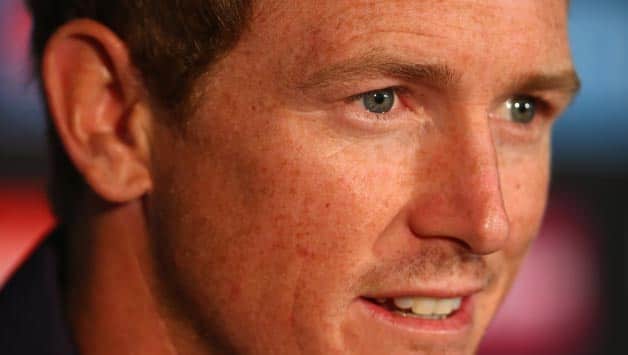 Australia Twenty20 captain George Bailey has backed Mitchell Johnson to return to Test duty when Ashes hostilities are resumed Down Under in November.

Left-arm fast bowler Johnson did not feature in the Australia side that suffered a 3-0 Ashes series defeat in England but has been selected in the squad for the forthcoming limited-overs series, starting with the first Twenty20 International in Southampton on Thursday.

Johnson became a figure of fun among England fans in recent Ashes because of his often wayward deliveries but Bailey insisted the 31-year-old’s raw pace, which has helped him take 205 Test wickets, meant he could yet return to the five-day format.

“Absolutely. I’ve no doubt they (the selectors) would have Mitchell in their sights for a couple of those Ashes games particularly given the grounds and his record at some of those grounds,” Bailey said.

“I don’t think he’d ever be too far from the selectors’ minds. I don’t think he’s got anything to prove and his form has been really great. I thought he bowled really well in his last couple of one-day games for us. He’s not too much fun to face in the nets so hopefully he brings that aggression.

“There’s no doubt someone like him who can bowl as quick as he can and swing the ball at the top of the order can break a game open. That’s what we are after with our Twenty20 cricket — we want match-winners.”

Johnson’s status as the man the England fans love to pick on has been usurped by batsman David Warner in recent months following his Birmingham bar-room attack on England’s Joe Root in June.

“I don’t know who will get more attention from the crowd, it will be a toss-up,” said a smiling Bailey. “Talking to Mitchell he’s grown with it. He’s come to enjoy it. It’s part and parcel of cricket. I thought Davey handled it well and played up to the crowd nicely.”

“That’s one of the great things about playing in England — the interaction with the crowd. From all reports it’s going to be a bumper crowd.”

Australia have not won a competitive international fixture in any format since completing a one-day series whitewash of the West Indies in Melbourne on February 10 — a run that will have lasted exactly 200 days when they meet England at Southampton.

“They say winning is a habit and I tend to agree with that,” said Bailey. “It’s pretty blatant what we want to do. We plan to win. It’s the same regardless of what has happened in the past.” 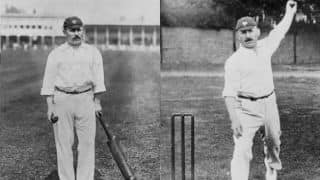