George Bailey will make his Test debut in the opening Ashes 2013-14 clash against England next week while Mitchell Johnson returns to Australia's pace attack , selectors said on Tuesday. 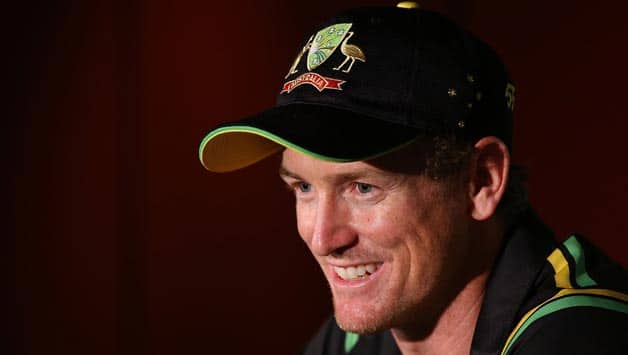 George Bailey will make his Test debut in the opening Ashes 2013-14 clash against England next week while Mitchell Johnson returns to Australia‘s pace attack , selectors said on Tuesday.

Bailey got the nod in a 12-man squad on the back of his remarkable One-Day International (ODIs) form including the recent tour to India where he amassed 478 runs at 95.60 while also serving as captain.

“We have included George Bailey in this line-up and are excited by what he can offer at Test level,” national selector John Inverarity said ahead of the first Test in Brisbane, starting on November 21.

“He is calm and composed and comes into the squad full of confidence.”

There were no surprises in the squad, with David Warner to open the innings with Chris Rogers after hitting four centuries in the past month and all-rounder Shane Watson included despite a niggling hamstring injury.

Johnson returns to the attack alongside Ryan Harris and Peter Siddle in the absence of the injured Mitchell Starc, with the 32-year-old left-armer set for his first Test since Australia’s loss to India in March.

“Mitchell Johnson has been bowling impressively in recent times. He has good rhythm and is generating good pace,” said Inverarity.

James Faulkner is likely to be 12th man.

Sachin Tendulkar is a colossus whose fans include the biggest names in Bollywood like Amitabh Bachchan, Aamir Khan and Shahrukh Khan