Jasprit Bumrah returned figures of 4/35 but Bhuvneshwar Kumar went wicketless apart from being hammered for 70 runs in his 10 overs.

After being rested for the first two ODIs, India called up Jasprit Bumrah and Bhuvneshwar Kumar for the remainder of the West Indies series. On Saturday, it was Bumrah who impressed on international return while Bhuvneshwar had a bad day in the office as West Indies won by 43 runs.

Bumrah returned figures of 4/35 from his 10 overs but Bhuvneshwar was hammered for 70 runs in his 10 overs for just one wicket.

It wasn’t that Bhuvneshwar was off-colour throughout in Pune. He had played his part in keeping West Indies on the backfoot for the majority of their innings after they were asked to bat first. The death overs made the difference. Bhuvneshwar was belted for 21 runs with Ashley Nurse clattering three fours and a six in the 49th over.

Thanks to Nurse’s 22-ball 40, West Indies creamed 45 runs off the final five overs and posted 283/9 which proved more than enough for them to draw level in the five-match series.

Bumrah, while defending his new-ball partner Bhuvneshwar, did accept the match was won and lost in the death overs. I think we bowled well as a unit. Till 35 overs, we were pretty good, Bumrah said at the post-match press conference on Saturday. Yes we gave up a little bit of runs in the end. Maybe that could be the difference. Overall, the bowling performance was not too bad. They played really well. You have to give credit to the batsmen when they’ve played well. It’s a combination of both.

He further added, Bhuvneshwar started well. It happens in the end. When you bowl at the death, it’s difficult. It’s not necessary every bowler will click everyday. Everyone has his day. We did give away some extra runs in the end but in a way they batted as well. That’s my overall observation. We did give a little more than we wanted but that’s the part of the game. The position where we bowl, there’s no guaranteed success. Some days it won’t go well, some days it will. He was clear in his plans and was trying to execute it but the batsman was in a much better place this time. We will be better prepared for the next time.

Before the Pune ODI, Bumrah’s last competitive match was the final of the Asia Cup 2018. He was rested for the subsequent two-Test series against West Indies which India won 2-0. With Indian team playing non-stop throughout the year without a designated ‘off-season’, it becomes imperative to manage the workload of their prime players to avoid a burnout or injuries.

Returning nearly after a month’s rest, Bumrah wasn’t just sitting back and enjoying his break. He was focused on building his strength for the upcoming tours.

I was on a break so I was only focusing on building the strength levels back up and doing some kind of training because when you play continuous cricket, the strength level goes down. You have to bring that up because a long tours are coming up, so you have to put something in the tank. That was my basic focus and I was practicing in the nets as well. Match-like practices always help you. Obviously match-feel is a little different but somehow when you are able to replicate that practice, it leaves you in good space, Bumrah said.

You’ve to tick the boxes. So, once you are on break, you always need to be in touch with the trainer, what all things you need to do. You talk to the bowling coach [about] how many overs you need to bowl because you can’t totally stop bowling as well. When you come into the match, the feeling will be different. You have to understand your own body. That helps. All these factors are important when you are trying to manage your body.

Flatter wickets, shorter boundaries have made the life of bowlers difficult in limited-overs cricket but Bumrah isn’t the one to worry about these ‘negative aspects’.

“I always think in the present what’s the team requiring me to do at this moment. Whenever I feel pressure, I just focus on the next ball. You can’t think of all this the high-scoring games are happening, the boundaries are short, the wickets are flat. If you focus on all these negative things, you won’t be able to bowl. So I focus on one ball at a time. Don’t look too far ahead and don’t look into the past. You can’t change the past. You can just control the present. If it doesn’t go well, you try to learn from it and reduce the mistakes, he said.

With allrounder Hardik Pandya recovering from an injury he sustained at the Asia Cup, India are struggling with their balance. “As you see some of our players are injured or are coming back from injury. So maybe, in different situations we have six bowlers who bowl and bat. Right now, we are trying some combinations as well. So, you have to take that into consideration as well. Some of the bowlers who bowl and bat are not right there available. Once they are available, we will have more options and the balance will improve, he said. 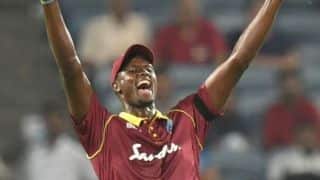