Maxwell has already added 214 runs at 35.67 in the ongoing 2017-18 BBL edition that includes two fifties for Melbourne Stars.

When Australia announced the ODI squad for five-match series against England, Glenn Maxwell s name was nowhere to be found. He was the leading run-scorer with 590 runs from five JLT Sheffield Shield matches this summer at 73.75. He has already added 214 runs at 35.67 in the ongoing 2017-18 BBL edition that includes two fifties for Melbourne Stars. Despite all this, Maxwell has only been criticised for his ODI form. Australia s national selector Trevor Hohns cited Maxwell s poor form in the ODI last year where he has not averaged more than 22 from 20 matches played.

Steven Smith thought Maxwell needs to train smarter that did not go well with former Australian players. Steve Waugh attacked Smith for making personal remarks on Maxwell in front of reporters. Ricky Ponting also believed Maxwell can do wonders for Australia in the middle-order. With Chris Lynn injured, it was almost sure that Maxwell would find his way back in the squad.

However, Cameron White s call up came as shocker. White was returning to the ODI set-up after 2015. However, Victoria s coach and Melbourne Stars head, Andrew McDonald has heaped praise on the 29-year old. He believes Maxwell is still in contention and is putting up consistent performance to make his stance clear ahead of the T20I tri-series against New Zealand and England.

He’s understanding of the fact he’s just got to go back and post some runs and get some consistent big scores. Which is what he’s done in the Sheffield Shield (but) the unfortunate thing with the white ball is the 50-over competition is at the start of the (season) in a block so there’s no opportunity for him to go and do that in the 50-over game at the moment. But I think he’s handling himself really, really well and he knows that runs will be his currency to get himself back in there, and plenty of them, as mentioned to RSN927.

I can’t question Maxi in any dimensions of his game this year, including and in particular his preparations. He’s been outstanding in the way he prepared for Bangladesh, second to none for the Test series there, albeit in the indoor centre which is nothing like it was going to be in Dhaka. His Shield preparation has been outstanding as well, and you wouldn’t get the results that he’s getting without fantastic preparation. And that’s the key for any athlete, to prepare yourself for what may happen in the upcoming event and then go out and execute. I’m sure if Australia calls upon him, he’ll be up for the task.

With Ponting’s appointment as the assistant coach, Maxwell would be hopeful to find his way back in the Australian squad. 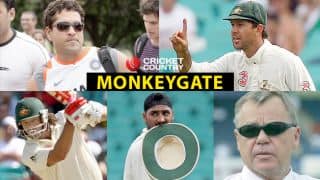 10 years since the Monkeygate, Mike Procter reveals why Sachin Tendulkar had disappointed him 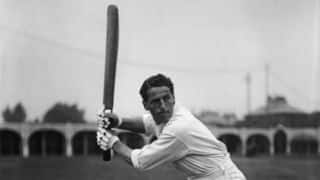