Sydney: Glenn Maxwell on Tuesday became the fifth Australian to pull out of the Indian Premier League (IPL), but his injury is unlikely to keep him out of an upcoming West Indies tour. The hard-hitting batsman suffered a strain in his left abdomen playing for the Kings XI Punjab and is returning home as a precaution. Australia team physiotherapist David Beakley said it did not appear serious enough to prevent him playing in the West Indies tri-series, which Australia open in Guyana on June 6 against South Africa. READ: Mitchell Marsh and 8 others who have been ruled out of IPL 2016

“From the information we have so far, the injury doesn’t appear to be something that will prevent Glenn from participating in this tour,” he said. “But we are keen to give him the necessary time to recover before departing to the West Indies at the end of this month.” Maxwell’s departure from India follows Australian captain Steve Smith (wrist), Mitch Marsh (side strain), John Hastings (ankle) and Shaun Marsh (back) also returning home early. READ: Shaun Marsh joins injured bandwagon; ruled out of IPL 2016 for KXIP due to back injury

Smith and Mitchell Marsh are also expected to be fit for the West Indies while Hastings has been replaced by Scott Boland. Shaun Marsh was not named due to the impending birth of his child. The round-robin tournament will see teams play three matches against each opponent, with the top two advancing to the final on June 26 in Barbados. 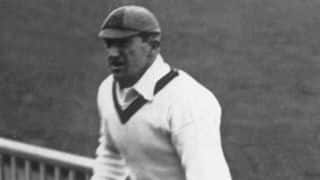