Glenn Maxwell misses on fastest century by Australian against Zimbabwe

Glenn Maxwell misses on fastest century by Australian against Zimbabwe

Maxwell departed to a whirlwind 93 off just 46 balls.

Glenn  Maxwell missed out on the fastest hundred by an Australian as he was well on his way to beat the current record , which is held by James Faulkner, who brought the record against India at Bangalore in 2013. Maxwell was hammering the bowlers to all parts and and was batting on 93 off 45 balls when Tendai Chatara took a brilliant catch at long-off for a delivery that spent an age in the air.

Earlier, Glenn Maxwell continued his big hitting feats from the Indian Premier League (IPL), where he crushed bowling attacks to shreds. In the first ODI in the tri series in Harare, Maxwell continued his assault on the bowlers and the Zimbabweans felt the full force of it. His half-century came of just 28 balls, which included a barrage of outrageous shots coupled with ample use of the long handle.

Mitchell Marsh reached his maiden half-century in the first One-Day International (ODI) of the tri-series against Zimbabwe on Monday. He did struggle initially to score the runs. But he is starting to look good. he has placed his innings pretty well. A good partnership with Aaron Finch initially allowed him to settle as Finch did the bulk of the scoring. 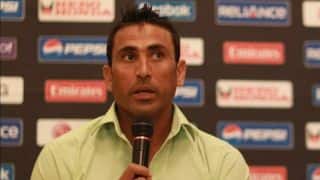