Maxwell will join former Australia Test opener Joe Burns and his former World Cup-winning team-mate James Faulkner at Lancashire where he will play across all three formats.

Australia allrounder Glenn Maxwell, a regular face at the Indian Premier League (IPL), has decided to give the next season a miss to gear up for a place in the Test squad.

According to a report in the Herald Sun newspaper on Wednesday, Maxwell, who played the last of his seven Tests against Bangladesh in September 2017, will feature in an entire season playing county cricket in England.

“This is a pretty clear sign I still want to play Test cricket,” Maxwell said.

“To knock back a chance to play IPL was a big decision, and a tough decision. It’s not something you make lightly, but the thought of playing Test cricket again still burns deep. I desperately want to get back out there and I still think I have a lot to offer the Australian Test team.”

Maxwell had a poor season with Delhi Daredevils this year. He was also dropped for the two-Test series against Pakistan in the UAE. 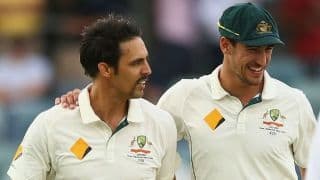