Glenn McGrath on Tuesday said that the Australians will have to quickly sort out their issues against slow bowlers if they don't want a disaster in their tour of India.

Kolkata: Their frailties against quality spin attack badly exposed in Sri Lanka recently, pace bowling great Glenn McGrath on Tuesday said that the Australians will have to quickly sort out their issues against slow bowlers if they don’t want a disaster in their tour of India to play four Tests in February-March 2017. “Especially with the way things went in Sri Lanka on turning wickets, they have got a lot of work to do between now and then. The Aussies will find it tough in India unless they turn things around pretty quickly,” McGrath told reporters during a promotional event. “They really get too defensive and look to survive. They need to find a way as a team or as an individual to cope with the turning wickets. They should have the intent to score runs. They just can’t look to survive,” he added. FULL CRICKET SCORECARD: SRI LANKA vs AUSTRALIA, 4th ODI, DAMBULLA

Australia had a troubled Test series in Sri Lanka who coasted to a 3-0 sweep as the regular Aussie skipper Steve Smith made a sudden return to home, giving captaincy debut for Davide Warner. Terming it a big disappointment, McGrath said: “I’m not sure about the exact reason behind Steve’s going home early, whether he had niggles or something else. David Warner will enjoy the captaincy. I think they will play well once they go back to Australia.”

With India series looming, the 46-year-old McGrath urged Smith and Co. to take a cue from Matthew Hayden who reinvented himself in the early 2000s and dominated in the spin-friendly conditions. “You look back to 2001-04, Matthew Hayden decided to play the sweep shot. He played it really well and that’s how he took on the bowling on turning wickets. Our batsmen need to find ways to score and not just look to survive on turning tracks,” he said. Sri Lanka vs Australia: Injury rules out Shaun Marsh, Usman Khawaja named replacement

India will kick off their home season against New Zealand later this month as they go on to play 13 Tests, including against Australia, England and Bangladesh. With the popularity of T20 cricket, Test matches may find it hard to fill up seats but McGrath strongly hoped the India-Australia Gavaskar-Border Trophy next year will revive the languishing longer version of the game.

“I think you will get good crowd when Australia are here, especially if India are winning. I think a lot of Indians like to see Australia getting beaten. Test cricket is still the ultimate and young people should hold it in high regard. I used to have concerns about T20 cricket and its impact in the game but I think it can have a positive impact by bringing new people into the game to watch it and to play. That might filter up to the Test level,” said McGrath. SL vs AUS 3rd ODI, Sri Lanka’s innings Video highlights

“You look at the guys like Virat, AB de Villiers, Steven Smith, Joe Roots, they are quality Test players and are also up there with the best in T20. You still need to be a quality batsman to succeed at T20 level too.” Asked on the future of the pink ball Day/Night Tests, he said the ball does a bit more and nips around. “They have to leave a little bit of grass just to look after the pink ball. It does deteriorate pretty quickly. I am looking forward to see how it goes in India. Wickets here are generally more abrasive. I want to see how pink ball holds up.

I’m really a big fan of the concept and day night Tests to keep the people’s interest in mind.” McGrath said Indian limited overs skipper Mahendra Singh Dhoni has a lot more to offer. “It will be a harsh judgment if you say that Dhoni is not finishing anymore. He’s been one of the best finishers of the game. He’s been a quality player for a long long time. His strength is the shorter format of the game. He still has a lot to offer with the young guys coming in.”

The Aussie also showered praise on India Test skipper Virat Kohli. “Virat is confident, he’s got this attitude to batting. He does not back down. Sachin was positive and confident and went about his business. Virat brings a different level of attitude to the game which I like and I think that will hold him in good stead. I think he will be around for a long time. Virat probably comes a bit harder at you, considering the today’s T20 format.”

Recalling his battle against Indian batting legend Sachin Tendulkar, McGrath said: “I would never say I dominated Sachin Tendulkar. I had some good days against him and he had some good days against me as well. I enjoyed bowling to the guys who were described as class players and were able to adjust to the conditions around the world. I would bowl to Sachin in areas which he did not like and he would wait for a bad ball.”

Giving tips to youngsters, he said: “My strength was accuracy and getting the bounce. Pace is something that’s unique. You can’t train someone to go from 130kph to 150kph. I don’t like bowlers to slow down. I want them to work hard and get their control, if they do that they not only become good bowlers but lethal bowlers.” 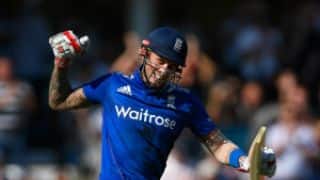 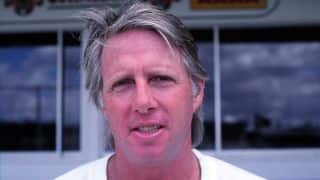