Good performance by India in Women’s World T20 will be one step closer to a Women’s IPL: Jhulan Goswami

Good performance by India in Women’s World T20 will be one step closer to a Women’s IPL: Jhulan Goswami
By CricketCountry Staff

Women s cricket legend Jhulan Goswami feels domestic T20 leagues have been a game-changer for women cricket and good performance by India in the upcoming Women s World T20 in West Indies, starting November 9, will put them be one step closer to a Women s IPL.

One reason we see this brand of cricket is domestic T20 Leagues, and hopefully India can join the party. This summer we played a women s exhibition game during the IPL in Mumbai, and it was very competitive, going down to the last ball, Goswami wrote in her column for the ICC.

This is the kind of cricket people want to watch. So the upcoming event in the Caribbean is important for India for two reasons: Firstly, everyone is saying India is not a good T20I side, and this is a good chance to prove them wrong. Secondly, a good performance by India at this time will be one step closer to a Women s IPL, wrote 35-year-old, who is the only bowler in women s cricket with over 200 ODI wickets, while she also took 40 wickets in 10 Tests.

The Nadia-born bowler may have announced her retirement from the format, but she is all set to cheer India.

Now, that I ve retired from this format, I ll watch it on TV and cheer for India, and enjoy cricket from the outside for a change. I m especially happy that every game is being televised, she said.

Talking about the progress women s cricket have made over the years, Goswami, who played the first-ever Women s World T20 and all the subsequent ones, reminisced about the hardships women cricketers had to endure earlier.

There s been such a massive change to women s cricket since I started playing. I remember staying in an accommodation with bunk beds for my first World Cup, in 2005. For domestic matches, we often travelled unreserved in trains, and played on grounds where getting injured would have been very easy. There were countless junior tournaments where we stayed in dormitories and slept on mattresses on the floor.

Sent went on to add: recall so many funny memories when I think about multiple teams sharing one bathroom. Back then, the IWCC (International Women s Cricket Council) and the WCAI (Women s Cricket Association of India) did a very creditable job with the resources they had. But we could really see the difference in the 2009 World Cup in Australia, which was the first one organised by the ICC.

All of a sudden, we had the best hotels, great grounds, a daily allowance. Even for domestic tournaments, the BCCI s entry meant that flights replaced trains. Instead of fighting other passengers for a place to sit, we fought with each other for window seats! On the field, we got good umpires and less bruised elbows. The passion of the cricketers was just as much as it was before, but off the field so much has changed. 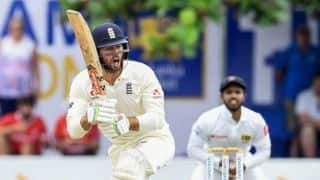