Legendary batsman Vivian Richards feels that a strong performance by West Indies against India in the ongoing series would dispel their dubious reputation that the home side can be run over by any visiting team. 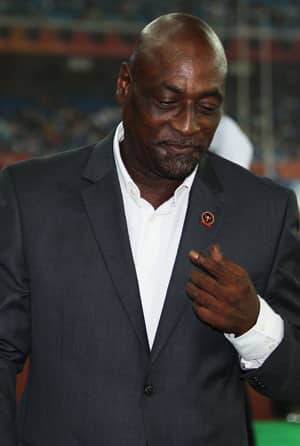 Legendary batsman Vivian Richards feels that a strong performance by West Indies against India in the ongoing series would dispel their dubious reputation that the home side can be run over by any visiting team.

“We would have basically put that team in (their) place because everyone maybe felt that, because of the situation of our cricket, they could come here and whatever team play, (they can) run past us,” Richards said.

“I hope that the guys do have that in mind and they can find the inspiration to make sure that they give a good account of themselves,” he said when asked about the chances of West Indies in the five-match ODI series.

He said the West Indies players should lift themselves up as the series against a depleted Indian side offers them a chance to climb to the ODI rankings.

“I believe this is a great chance for the Windies. Even though you have a depleted India team, they are still World Champions. They’re still here representing the World Champions,” said the former West Indies captain.

“I believe in order for us to start climbing up the world rankings, if we take care of this second-string India team, then we’ll be saying things,” Richards was quoted as saying by Trinidad and Tobago Newsday.

The dreaded batsman, a member of two World Cup-winning teams, felt that all the stakeholders should work together to bring West Indies cricket back to their past glory.

“… I think why sometimes things go wrong is because we haven’t quite gelled as yet as a unit to put our resources together and work together to making it better. We are too isolated at times and I’m hoping that with a lot more folks on board, we’ll be ready to deliver as they’ve done in the past,” said the twice World Cup winner.

The Sir Vivian Richards Stadium in Antigua, named after him, was the centre of controversy in 2009 when the scheduled Test between the West Indies and England was cancelled due to a poor outfield.

The venue was suspended for a year by the ICC but hosted two T20 Internationals and two ODIs against South Africa in 2010.

Asked about this, Richards said, “It was a big let-down when we had the disappointment against England, when we had that big sand-pit issue. If you remember also, we hosted some Twenty20 matches for the region (in 2011) so I guess everything is in order.

“When I get back home, I made it a pledge because it carries my name that I wanted to have a say when it comes to inspection (and) passing of the venue for international matches. When I get home, I’ll go up and have a look myself. I would like to think everything is in good hands.”

We'll exploit weaknesses of the Indian side: Pollard