With the ICC Champions Trophy 2017 just a few hours away from start, Google has launched an interactive cricket game.

Google has always been at the forefront in innovations when it comes to technology. It has always thrived on people’s imagination for its renowned Google Doodle feature on its home page. With the ICC Champions Trophy 2017 just a few hours away from start, Google has launched an interactive cricket game. The cricket contest takes place between cricket (insects) and snails . Google promises that the game will be playable even the slowest of networks. The Champions Trophy 2017 will start June 1 and end June 18 with the final being played at The Oval. The first match will be played between the hosts England and Bangladesh, at The Oval. FULL CRICKET SCORECARD, ICC Champions Trophy 2017, England vs Bangladesh Match 1

India go in as the defending champions for the tournament. India won the 2013 edition of the tournament defeating hosts England in a rain-truncated final. Interestingly, current World T20 Champions, West Indies, do not feature in the tournament which raises eyebrows over ICC s point system. West Indies were not able to qualify for the tournament as they failed to make it into top eight in the ICC rankings. The eight participating teams will be split in two groups comprising of four teams each. 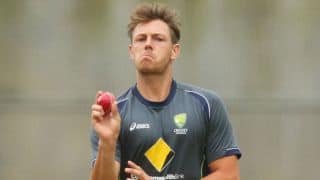