Far away from the much-anticipated final between India and Pakistan in ICC Champions Trophy 2017, the women cricketers have attained success with the first edition of Women s Pro Cricket League (WPCL). A one-of-a-kind league featuring Vanitha VR, Akanksha Kohli, K Rakshitha, C Prathyusha, Sanjana Batni and Sahana Pawar ended on June 16 at Mysore. The heavyweight team Western Railways (WR) took on South Central Railways (SCR) in the final on Friday. The best team triumphed despite the final being marred by rains. It was a close call but WR found their way home and won by 8 runs. The league, which is the mastermind of young India and Karnataka Women s cricketers, saw pink-ball also make its debut.

Put to bat first, WR showed their power from the beginning. Anita Lodhi once again proved a vital cog for her side with 37-ball 34 as WR put up 108 on board. Chasing a competitive target, SCR received the initial heads up with Swagathika Rath s 38-ball 40. But three run-outs and two rain breaks shackled the momentum. WR began on a positive note as skipper Sulakshana Naik and Anagha Deshpande added 18 and 25 respectively. Anagha with this knock became the second-highest scorer behind Hemlata s 100 for Royal Phoenix Bangalore (RPB).

Swagathika was effective with the ball and she dismissed Naik by the fourth over. However, Anita continued the momentum and kept the scoreboard ticking. SCR were very much in control of the game until the 14th over as no boundaries were conceded. But Anita found the much-needed runs and smashed two boundaries off Shravanthi Naidu. But it was the experience of Gouher Sultana that removed the two settled batters to bring SCR back in the game.

Gouher ended with figures of 4 for 20 and VM Kavya ended with 2 wickets. Swagathika and T Shani were moving in good stead. Where Swagathika took the call of the shots with 4 fours inside the Powerplay, T Shani played the second fiddle. The game, however, tilted towards WR as Shani was dismissed ending the opening partnership for 33. Mamtha K was also run-out in succession.

By the 11th over, Swagathika, who could have changed the fortunes for SCR, was gone for a run-out as well. When the rains halted play, SCR needed 38 off 34. When the play resumed, there was unrest in both the camps as the scoreboard read 93 for 6 in 17.1 overs. Sudha Rani tried her best to take charge in the death overs but WR sailed through to claim their maiden title.

A tournament that was least expected to knock the door of women s cricket, saw youngsters, current and former cricketers take on the bat and ball to show their skills. As Vanitha had told CricketCountry, this tournament was more of a talent hunt and a medium through which the youngsters could learn from the former India Women s cricketers.

Similarly, former India Women s cricketer Gouher, who was the top wicket-taker for SCR, enjoyed her time with this league that featured pink-ball cricket. She also lauded Vanitha post the final match, saying, This is a very good initiative to promote women s cricket. This was the first time we played with the pink ball. Although I have played in England with the pink-ball, I never got an opportunity in India. It is a very good initiative by Vanitha, Akanksha and other Karnataka players. I am looking forward to come back again with more sponsors.

The tournament comprised of 8 teams divided into two groups. The schedule saw league matches for three days followed by the semi-finals and final. Mysore University (MU) and Karnataka State Cricket Association (KSCA) have helped the young women in organising the event.

The league was sponsored by Ekakinn Imports and Exports Pvt. Ltd. while Twister manufactured the pink-ball. 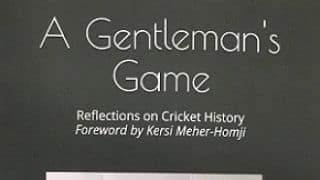