South African opening bowler Vernon Philander has built up a phenomenal record since his Test debut against Australia in November 2011 but his captain Graeme Smith is looking for more. 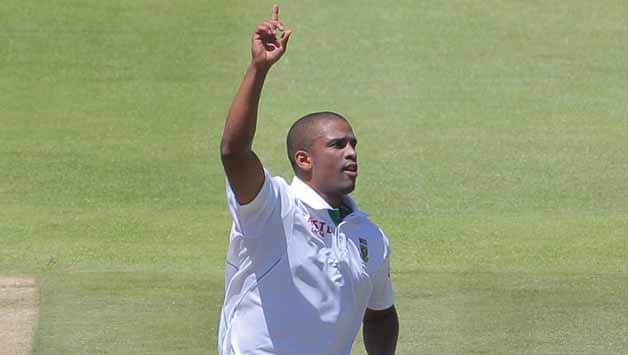 South African opening bowler Vernon Philander has built up a phenomenal record since his Test debut against Australia in November 2011 but his captain Graeme Smith is looking for more.

“Vern has got the results but he is still a work in progress,” said Smith. “I think he can get better.”

Philander, 27, has taken 87 wickets in 15 Tests at an average of 16.81 – a strike rate and an average unmatched by any other contemporary Test bowler.

He has shot up the International Cricket Council rankings and is second only to his South African new ball partner, Dale Steyn.

Together Philander and Steyn have been part of the three lowest totals made against South Africa – 47 by Australia in his debut Test, 45 by New Zealand and 49 by Pakistan in the first Test of the current series.
In those three innings alone, Philander picked up 12 wickets and conceded only 38 runs.

Philander was again a prime architect of South Africa’s four-wicket win in the second Test against Pakistan which ended at Newlands on Sunday, taking five for 59 in the first innings and four for 40 in the second.

Smith pointed out that Philander had suffered “a few niggles” – which have caused him to miss three Tests because of injury since his debut – and that he could improve on his performances when the ball loses its shine if he was able to bowl slightly faster.

“I think he himself would like to see his pace up a little bit,” said Smith.

“Outside of that his skill factor is immense. The seam action that he gets out of his hand… the questions he asks batters. It’s great to stand at slip and watch that happen.

“If he can pick up a little bit of pace, which he has definitely got, his old ball spells will get even better.

“His new ball spells are so effective that if he can get his old ball spells to the same level he can really  produce. I know it’s asking a lot but I do believe he can get there.”

Philander and Steyn will again spearhead the South African bowling in the third and final Test against Pakistan starting at Centurion on Friday.

But the world champions will almost certainly be without Morne Morkel, the third member of their feared pace quartet, who only bowled 19 balls in the second innings before leaving the field with a hamstring strain.

Rory Kleinveldt is likely to take his place.

South Africa will be seeking to complete a clean sweep of the series at Centurion to strengthen their hold on the number one Test ranking.

“Each week is a different challenge but it’s nice to have the confidence to know that we are a team that can perform,” said Smith.