South Africa were 86/1 at tea on a rain-shortened opening day in the first Test against New Zealand on Wednesday, as skipper Graeme Smith cruised to a half-century on a flat pitch. 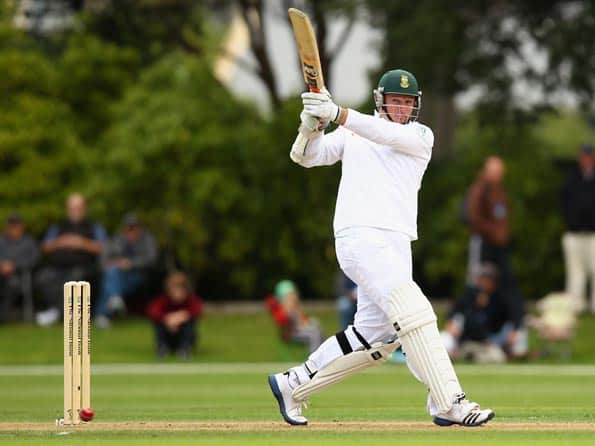 South Africa were 86/1 at tea on a rain-shortened opening day in the first Test against New Zealand on Wednesday, as skipper Graeme Smith cruised to a half-century on a flat pitch.

Smith was 53 not out and Hashim Amla was with him on 22 after Trent Boult took New Zealand’s only wicket in a session where the bowlers struggled, Doug Bracewell the best performer after conceding only nine runs off six overs.

However, Chris Martin and Tim Southee failed to find any demons in the pitch with the new ball, with South African openers Smith and Alviro Petersen looking comfortable as they made a steady start.

The South Africans were content to take the shine off the ball and proceed cautiously, taking only nine runs in the first five overs before going after Boult and scoring 11 off his first over.

But the strategy of attacking Boult backfired when Petersen was dismissed lbw for 11, umpire Aleem Dar initially ruling not out but Taylor calling for a television review which confirmed the wicket.

Amla joined Smith in the middle and they brought up 50 runs for South Africa in the 13th over as New Zealand’s bowlers failed to threaten on the placid pitch.

Taylor introduced Daniel Vettori to the attack in the 16th over in a bid to unsettle the batsmen, the spinner almost claiming a wicket when Amla shouldered arms against a ball that just missed the off stump.

New Zealand squandered two run-out opportunities in the session, one involving Smith, and the South African captain went on to reach his 31st Test 50 with a four off Tim Southee.(AFP)