Former South African captain, Graeme Smith, blames South Africa team and the management for the loss in Tests matches over past 12 months. Smith who led South Africa to No.1 Test spot before his retirement in 2014, found his side slip against England at Johannesburg on Saturday. The loss in the series pushed South Africa back and gave India the lead as No.1 Test team. “The players have to take responsibility for their performances, there’s no doubt about that, but the management do too,” Smith told SuperSport on Sunday, as reported on cricbuzz.

“They haven’t quite come into the equation of late. At the end of the day, the performances of the Test team for the last year haven’t been good enough, so you have to ask questions of everybody. How is management getting the best out of them, how are they preparing them, are they directed in the right way, do they need to be firmer, do they need to be softer? I don’t know. These are all questions that need to come out of the environment. When you are not performing well, people are going to ask questions and you’ve got to live with it,” he said. He also felt there was lack of partnership in the current team. The partnership which were played between Jaques Kallis and Mark Boucher was different. Smith also found immediate captaincy undertaken by AB de Villiers after Hashim Amla resigned was not appropriate.

“Some of the decision-making around the space looks a bit worrisome for me. The team seems a bit flat. Some of the messages coming out in the press conferences don’t seem positive and it’s coming from senior players. You’re are in a big series and there is a lot of negativity among your senior players. It looks like someone needs to grab the bull by the horns and say, ‘listen guys, let’s wake up and let’s pull our finger out and let’s go and play some Test cricket,” he added. South Africa will now take on England in the fourth and final Test on Friday (January 22) at Centurion. Dale Steyn is expected to make a comeback after missing the last two Tests due to injury. 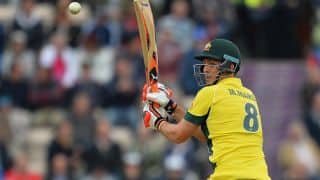