India are on cusp of a first ever series win on South African soil across formats as they lead 3-0 in the six-match ODI series.

Former South Africa captain Graeme Smith feels that India s complete dominance in the ongoing ODI series is an indicator that the Gen-Next of Proteas is “not quite ready” to take on quality opposition.

India are on cusp of a first ever series win on South African soil across formats as they lead 3-0 in the six-match ODI series.

“India team is very deservingly 3-0 up in the series.

While South Africa have lost three key players (AB de Villiers, Faf du Plessis and Quinton de Kock) to injuries but it also showed that next generation of South African cricketers is not quite ready to take it on,” Smith told PTI on the sidelines of St. Moritz Ice Cricket tournament .

“I think Cricket South Africa needs to think how they would want to blood and develop the youngsters in order to get them up to the level where they can perform. I am extremely disappointed with their performance but one must give credit to India as they have played outstanding cricket,” added South Africa s longest serving international captain.

Smith, who played 117 Tests for South Africa, made no bones about the fact that the current series, which looks like going India’s way, will have a big impact on the transition phase the Proteas are going through.

“At the moment, it looks like a big series loss for the team and it could be disappointing. Post 2019 (World Cup), I think we would lose a couple of players (like AB de Villiers) and this series in particular showed that next level of players have a lot of work to do in order to get up to the standards where they can at least be competitive.

“I think SA cricket will have to really plan as to how they are looking to blood youngsters. May be keep them in the system (academy or domestic cricket) a bit longer,” Smith made a pointed observation after the home team scored only 269, 118 and 179 in three games.

The most disturbing aspect for Smith has been not able to dominate Chahal-Kuldeep even once during the middle overs.

“They haven t simply batted well enough. There wasn t may be enough experience in the middle-order but still there was JP Duminy and David Miller who have played a lot of international cricket and quality spin bowling in the IPL.

“But these are two exciting wrist-spinners, who controlled every game. South Africa simply have not yet found out a way to progress in those middle overs where they (Chahal-Kuldeep) have taken control of the game. That s why India dominated.”

Smith was all praise for the young spin duo as he felt that these two have made spin bowling interesting again now that Shane Warne and Muttiah Muralitharan are no longer playing the game.

“With no Murali or Warne now, it is great for the game that Chahal and Kuldeep have come in. There was no mystery spinner in the game as such and their current performances have lifted spirits and made it exciting.”

Smith is of the opinion that this Indian team could have won the Test series also had they not erred in their playing combination which didn t have an impact player like Ajinkya Rahane.

“I would look at India s team selection. Rahane should have played from start. India needed to play with an extra batter and the extra bowler they played was not required.

Centurion was a very flat deck and India would be disappointed that they lost that Test series,” Smith summed up. 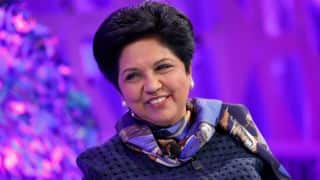