Former South Africa captain Graeme Smith has been inducted as a Brandman Honouree by the The Bradman Museum. In a gala dinner event organised by The Bradman Foundation on Thurday at the Sydney Cricket Ground (SCG) Smith along with Australian legend Bill Lawry was inducted, Smith became the first South African to be named as an honouree. Lawry became the 14th Australia to be named as a honouree. The SCG website spoke about Smith being honoured because of the courage and leadership qulity he displayed during South Africa’s maiden series win against Australia during 2008-09 tour. Smith batted with a broken left wrist, and a numb arm in the SCG Test, showing valor and courage. FULL CRICKET SCORECARD: Australia vs South Africa, 2nd Test at Hobart

Smith took to Twitter to the Bradman Museum, he wrote “Emotional evening being made a Bradman Honouree. I Want to thank @CricketHOF & Australian people for the recognition and respect show to me.” Amongst the players belonging from modern generation, India’s Sachin Tendulkar, Rahul Dravid, and Austalia’s Glenn McGrath , Steven Waugh are also a part of the elite club.

Each year two international players are chosen as inductees based on their contribution to cricket and also how much the player reflects Sir Donald Bradman’s values of courage, honour, integrity, humility and determination. 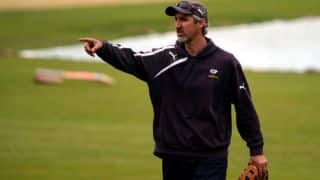