South Africa captain Graeme Smith said that his side s unbeaten run in the ongoing series against Australia, despite being plagued with injuries, is a "rewarding feeling". 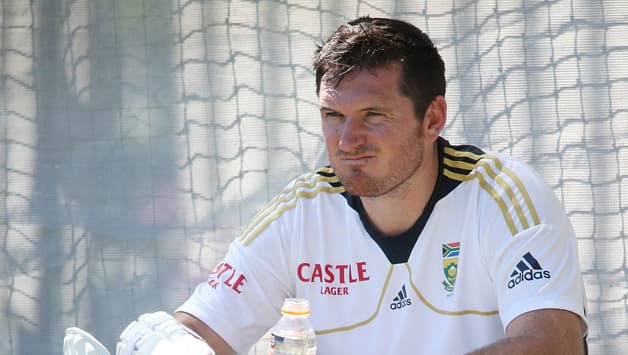 South Africa captain Graeme Smith said that his side s unbeaten run in the ongoing series against Australia, despite being plagued with injuries, is a “rewarding feeling”.

“It s really a strengthening point for us considering we haven t played very well, Smith told Reuters after the second Test at Adelaide.

“We had another couple of big injuries in this Test match that created a little bit of hassle for us and we still managed to scrape through after not being in great positions.

South Africa were dealt a blow during the first Test at Brisbane when middle-order batsman JP Duminy pulled out due to an Achilles injury.

The Proteas also had to withdraw pacer Vernon Philander from the squad for the Adelaide Test after he pulled up with a back injury.

But the biggest scare came when talismanic all-rounder Jacques Kallis strained a hamstring while bowling on day one of the Adelaide Test. Although the 37-year-old did not bowl further in the match, he came on to bat when the Proteas were in precarious positions in both innings, scoring a half-century to help his team avoid the follow-on in the first and a gritty 46 in the second.

Duminy s injury ushered in a debut for Faf du Plessis in Adelaide, who almost singlehandedly forced a draw with a defiant century in the second innings, preceded by a fighting 78 in the first. His efforts earned him the man-of-the-match honours.

Philander s replacement Rory Kleinveldt also made the most of his opportunity, taking three wickets in the second innings at Adelaide after a wicketless debut in Brisbane.

While Philander is expected to be fully fit for Perth, Smith hoped Kallis would be fit for the third Test at Perth, even if he were just to figure as a batsman.

“To watch him (Kallis) be able to still perform with the bat was a crucial factor in the game,” said Smith.

“He played two very important knocks and his experience and skill definitely shone through.

“Ideally, we d love to have him fit for Perth. He’s definitely not going to bowl, but if we can have him just as a batter, that would be the ideal case.”

Smith is proud of his team s unbeaten run away from home, which goes back to February 2010, and hopes his team will recover in time to come back strong at Perth.

“Obviously, we ve had an extra day of rest from a bowling perspective,” Smith said. “Both teams will be pretty battered and bruised.

“We have five days left on this tour and an opportunity to create something special. That s what we were fighting for.”