Graeme Smith will not be joing Perth Scorchers

Graeme Smith will not be joing Perth Scorchers

Smith was considered as an ideal replacement for their previous captain Simon Katich.

Former Australia batsman and Perth Scorchers‘s coach Justin Langer have confirmed that they will not be signing Graeme Smith for The Big Bash League 2014. Scorchers previously wanted to sign the veteran South African who retired from all forms of this game earlier this year.

Smith was considered as an ideal replacement for their previous captain Simon Katich, who also retired from all forms of the game last month, reported the official Perth Scorchers website.

Langer said in an interview, “We were hoping to get Graeme Smith, but unfortunately he’s gone down another career path and decided not to keep playing.” He further added, “We’re in the process of looking for another overseas player. He would’ve been a fantastic signing with his leadership and ability to, if possible, replace Simon Katich.”

Scorchers have already added bowlers like Brad Hogg and  Yasir Arafat on Thursday, taking their team tally to 15 members. They still have three vacant positions which includes one international place. Langer wants to use this position to reinforce his side but he would like to wait till the Champions League Twenty 20 which starts in September.

Langer feels, “We’re looking at different options now, whether we get a middle-order player, a finisher with the bat or a top-order player.” He further added, “A lot of that will come from how we go in the Champions League and what we’re looking for to complete our squad. ” 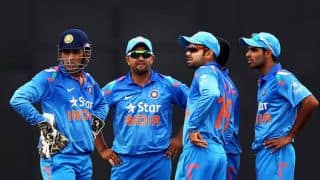 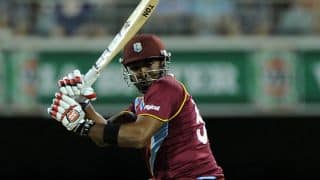 Kieron Pollard aims to be more consistent for West Indies